Yahoo! Mail is one of the largest and most important email address providers on the web, being one of the main and most used by Internet users. This company competes with other large email providers such as Gmail or Outlook. However, despite stiff competition, Yahoo! is still used by a large number of users today.

Yahoo! is characterized by adapting its website and its services to different browsers, from Chrome to those based on Gecko, with the intention of monopolizing all Firefox users.

The Yahoo search engine is one of the most popular and arguably the most powerful that exists. So much so, that in 2009, Microsoft used this search engine to enhance the operation of the Bing web platform.

Yahoo can be used for many things, mainly, you can have an email for you to receive and send messages around the world. In addition, it has a section where you can read the most current news from around the world, not to mention the search engine that has been its main function so far.

Yahoo! Mail is used for multiple tasks related to sending and receiving emails. It offers a wide variety of functions, such as its search engine, which makes it easy to find email addresses with just a word or two.

Also, you have the possibility to attach different files and documents to send to others. This platform allows you to have social interaction with other users in real time. You can create a user profile where you will share your personal data.

With the classic version, you have the possibility of having a contact list, even in the style of Windows Live Messenger, where you can add whoever you want. Also, your messages will appear first in the inbox.

An outstanding feature is that it offers different levels of benefits depending on the user’s needs. Therefore, Yahoo! Mail offers two versions: free and business.

The free version was designed for ordinary users whose needs are summarized in sending and receiving emails, but it also allows document editing. In addition, it offers you 1 TB of cloud storage, 50 GB for attachments and protection against Spam or viruses thanks to DomainKeys.

It has an innovative option, which allows you to create a disposable email account to stop Spam, filing it in a secure folder.

The business version is considerably better in terms of its services. Users of this version have infinite storage for emails. An outstanding fact is that, with a single payment, you have the opportunity to use 5 different email addresses and one as a domain.

The user, can add a phone number to the address book, has all the features, functions and services offered by other accounts. Of course, all these functions provide significant improvements in relation to the other versions.

When looking for a service provider, it is always good to analyze their advantages and disadvantages, in order to get the most out of it. Yahoo! Mail offers us different aspects, which we do well to analyze.

Currently, there are many alternatives to Yahoo! Mail, which are found throughout the network, such as: Gmail or Outlook, and countless other email providers.

The growth of the internet, opened the doors to new forms of communication. The company Yahoo !, by the time of the globalization of the internet, already had many offers of different mail services, so it had a decision to make, sell to the highest bidder or buy an email provider.

Hotmail and Mirabilis were in the crosshairs of Yahoo !, however, they rejected these offers due to the high price they demanded. This is where your true story begins; after they managed to reach an agreement with the provider of online communication services Four11 for 96 million dollars.

The reason for doing this is that, at the time, the market was moving too fast, Hotmail was already a long time ahead of Yahoo! With hundreds of users signing up each week, the option was to buy.

And that’s how Rocketmail reinvented itself and now we have what is now known as Yahoo! Mail. When this happened, there was a transaction process for the already registered Rocketmail users.

One drawback for many occurred when it went from being a free platform to charging $ 29.99 a year. This affected many users at the time, but, thanks to the constant redesigns that the company Yahoo! and all its services, the mail became free again in 2004.

Since 2002, new important features have been added, such as greater storage capacity, customization options, DHTML menu, among others. All of these changes formed the Yahoo! Mail that we all know today, safe, versatile and easily accessible. 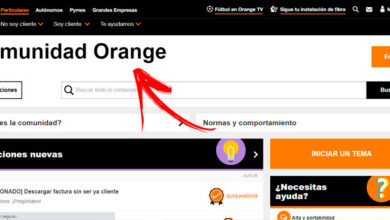 How to log into your mixmail mail, now orange mail? Step by step guide 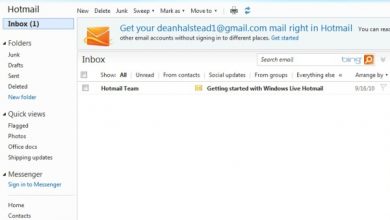 Hotmail: how to log in or enter the mail 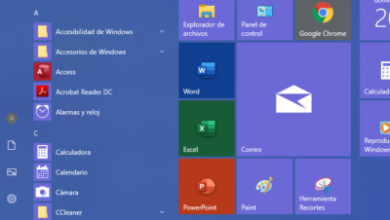