Solving the problem of my mobile vibrating and not turning on and not charging , it is one of the most annoying things that exist. Smartphones have long been one of the most important tools out there.

The fact of having problems with mobile phones is very uncomfortable. And it is that nobody would like to be in the middle of a situation like that, since, it would mean having to buy a new one.

Other inconveniences often occur. For example: the phone restarts every so often , this does not mean that the mobile has to be replaced, taking it to the technician could solve the problem.

Why does the phone vibrate but not turn on?

When the cell phone vibrates but does not turn on or charge, it is because it has a problem or failure in the system or software. This can happen because the phone is crashed with applications. This causes the cell phone to run out of memory and causes this failure.

It can also occur from some other failures mentioned below. Therefore, what should be done is to restart the phone’s operating system and prevent your mobile from vibrating and not turning on.

The phone’s battery gradually deteriorates, especially if the phone is constantly being charged. On many occasions the cell phone battery bulges and wears out therefore it must be replaced.

To check if there has been a failure in the battery, the best thing is to restart its cycle. For this you just have to uncover the phone and remove the battery. It may be that when turning on again, it marks that it has no charge and therefore cannot turn on. It is advisable in these cases to let the phone charge for at least half an hour.

One of the possible causes that the mobile vibrates and does not turn on, is the charger , either the cable or the connector. Your phone charger may have broken somewhere, so the energy charge does not pass in the same way from the plug to the phone.

To know if everything is ok with the charger, you should try to connect another charger to the phone. If the cell phone turns on, it means that the charger is failing. On the other hand, you can also try connecting the charger to another device to see if it works or not. In this way you can rule out if the fault is in this device.

You can also make sure that the charging pin of the phone is in perfect condition. You can clean it with just one blow, so that the dirt goes away and a problem is avoided.

The problem that the mobile vibrates and does not turn on or charge can be caused by the cell phone screen. The screen may break or the liquid may be spilled by a blow, this makes the screen show nothing and look black.
To know if the cell phone is on or not, you can do a forced shutdown. This is done by holding down the ignition and if the phone makes the shutdown sound it is because it worked. In the same way you can make a call to your phone from another to see if it rings.

What can I do if the mobile does not turn on?

To solve the failure that the mobile does not charge or turn on, you can use some programming tricks. You can do a user root of the phone in case there are problems in the software. In the same way you can do a Hard Reset from a computer.

Solving the problem of my mobile that does not charge or turn on is quite worrying, especially when it does absolutely nothing. To solve the problem, we must take into account certain aspects. For example: be sure that the phone has not been ‘Rooted’.

Sometimes when ‘Root’ is done on a smartphone and the process has an error, or is not done properly, it can create inconvenience with the ‘Software’, which often causes the problem in question.

A quick way to solve it, is through the recovery system that smartphones bring, especially Android, to enter it, the phone must be turned off and the keys must be pressed at the same time: volume down + power button.

A kind of menu will be displayed, with the volume down key we get to the ‘Factory reset’ option, which will be selected with the power key, then we select the ‘Yes’ option. 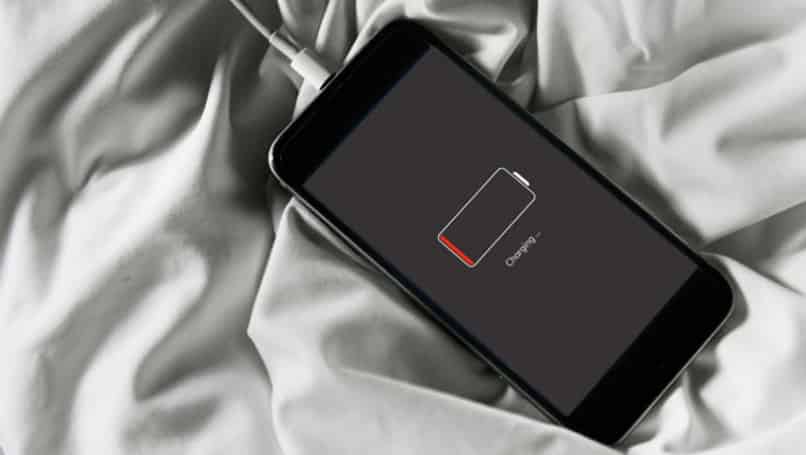 Then with the power key we confirm, from there a process of reinstallation of ‘Software’ will be started , which will leave the mobile as it came from the factory, at the system level.

On the other hand, if you are not very good at applying these computer topics it is better that you do not do it yourself. Since the rooting of mobile devices must be done without any error since the system can be easily damaged.

It is best to take the phone to a specialized and authorized technician so that it is this person who does the Hard Reset of the phone.

Another solution is to reset the phone from the computer. This causes the operating system to start from the beginning, as if it were new. This method solves several extra problems such as the speed of the phone. It is only done when there is no other solution, as in the case of my mobile, it vibrates and does not turn on.

Initially, you must download and save the drivers for the phone you use on your computer, you can easily get them on the web. Later, you need the ADB fastboot application so you must also download it.

After turning off the cell phone, what you should do is keep the home button pressed as well as the volume down button. When the phone is turning on you must connect a USB cable to both the phone and the computer.

Then you start typing the commands that appear on the screen in the ADB application tab . The first is fastboot erase cache to remove garbage. Then you write fastboot reeboot to start formatting the cell phone. Later, the phone should start to turn on and the fault that the mobile vibrates and does not turn on will have been solved.

Advantages and disadvantages of being a root user – Super user permission

If solving the problem of my mobile that does not charge or turn on, it turned out to be quite atypical and annoying, maybe you would like to change the subject and know the advantages and disadvantages of being a ‘Root’ user, this is a process that provides certain privileges. 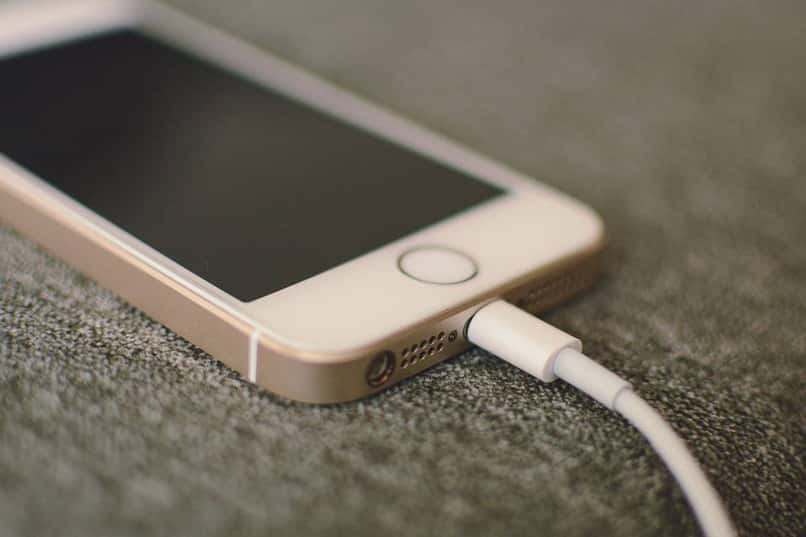 The ‘Super User’ or ‘Root’ permissions grant Android smartphone users the option to access root permissions that are not available when not ‘Root’.

These permissions allow certain types of advanced configurations, which are used primarily for connoisseurs in the ‘Android OS’ area, or to grant permissions to external applications.

However, special care must be taken, because some phones have drawbacks, one of the most common is that the Android mobile stays on the logo and never turns on. It occurs when the steps were not executed to the letter, or when an unexpected error arises.

However, sometimes the process is completed successfully, and even then there may be a problem with the phone’s operating system, as not all of them are designed to support all these modifications.

How to avoid having system problems on my Android phone?

Solving the problem of my mobile vibrating and not turning on, may or may not have a solution, it all depends on the symptoms. To avoid such tirades, it is advisable to be very careful, especially when we do not know the capabilities of the smartphone. 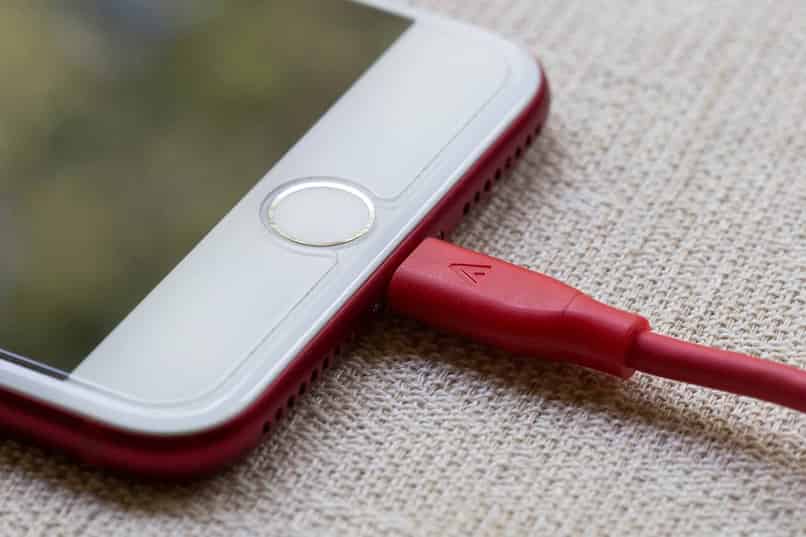 There are times when it is unknown if the mobile can withstand high consumption demands, either at the memory level or data processing. The architecture of the processor intervenes, therefore, it must be known if the phone is 32 ‘Bits’ or 64 ‘Bits’.

However, that does not mean that a phone is bad, since it all depends on the user’s requirement, if it does not require excessive consumption at the application level, the phone will not present problems. Now, if the user demands a very high number of applications, he will have to use one of 64 ‘Bits’. 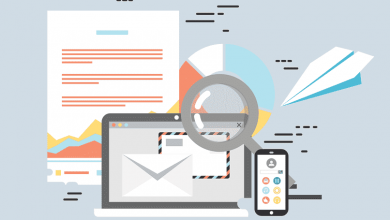 How to Remove Internet Trace and Why Do It – Definitive Guide 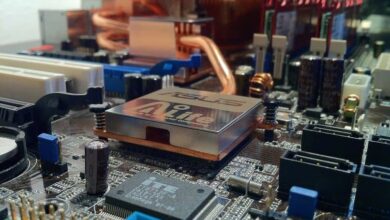 How do I know the model of my motherboard that I have installed in my Windows PC? – Very easy 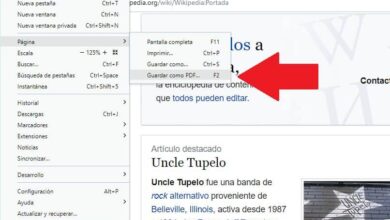 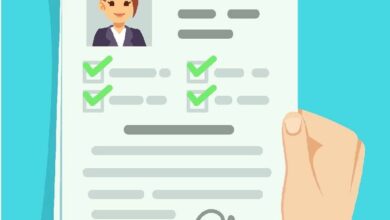 How to make a professional cover letter? – Free templates 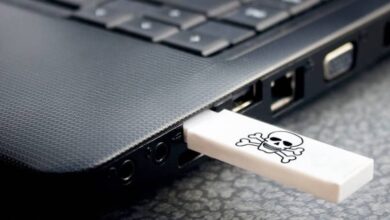 How to repair a USB or memory card without formatting? – Step by Step 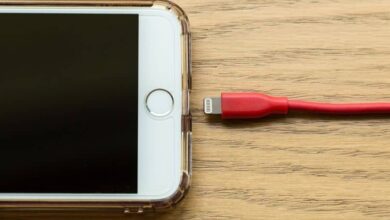