Windows 10X is, for many, an expected and strange operating system. This new system is not the successor to the current Windows 10, but it is another much smaller and lighter version designed, above all, for touch and two-screen devices, such as the new Surface tablets. Microsoft has kept the development of this operating system very secret, only releasing information through leaks. However, as of now, this has changed. Windows 10X is now available to anyone who wants to give it a try.

Windows 10X wants to keep the essence of Windows 10 but, at the same time, be adapted to other types of computers and devices, beyond the PC. Its main features include a completely renovated interface (with a search engine and a start menu), in addition to its two screens as workspaces and the approach so that everything that runs on this system is UWP, allowing you to run Win32 applications through emulation.

Windows 10X is not distributed in ISO format, so, until now, it was difficult to test it, neither on PCs nor in virtual machines. However, Microsoft has decided to finally start to accelerate the development of this new version of the operating system. And what better way to do it than to use, once again, the users themselves to detect errors and know what aspects should improve.

Microsoft has not specifically specified the necessary requirements to virtualize this operating system on Windows 10. But, taking into account the technology it uses (that is, Hyper-V) it is recommended that, in order to avoid problems, our PC meets the following requirements minima:

A good graphics card is also recommended, as the Windows 10X emulator uses GPU acceleration to improve performance. And the screen of our PC must have enough space to emulate the two screens of the devices that use this operating system.

Microsoft Emulator comes to be something similar to VMware or VirtualBox, with the difference that while the previous ones emulate computers where to install operating systems, this emulator simulates other types of devices using their images as a base. 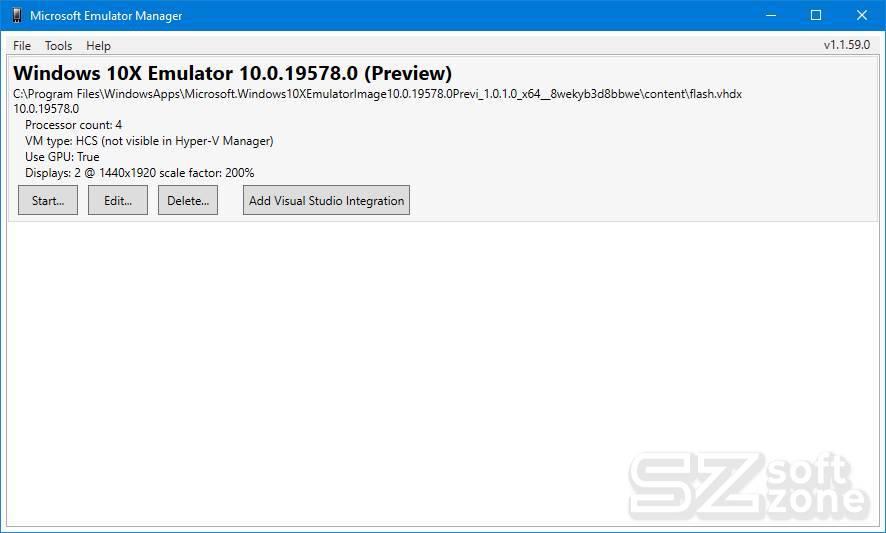 This emulator does not come with any device or operating system installed by default and, today, it does not allow us to create our own devices either. However, the images can be freely downloaded both from the program itself and from the Microsoft Store. 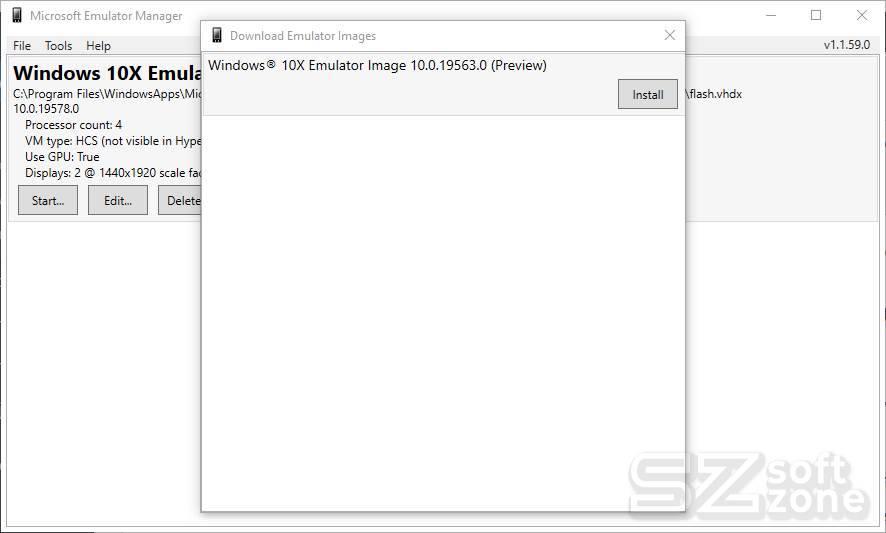 Although Microsoft Emulator may be used in the future to test other types of systems and emulate other devices, right now its main function is to emulate Windows 10X. To download this emulator we do not need anything more than to access the following link and download it from the Microsoft Store. We don’t have to be an Insider or anything like that. 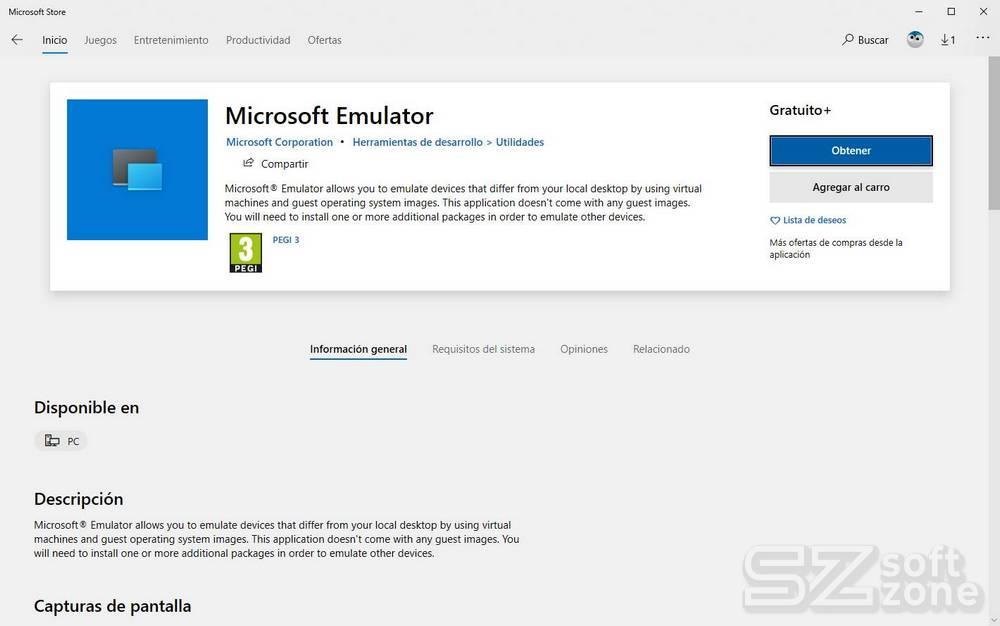 And the latest version of the Windows 10X image can be found at the following link, also in the Microsoft Store. 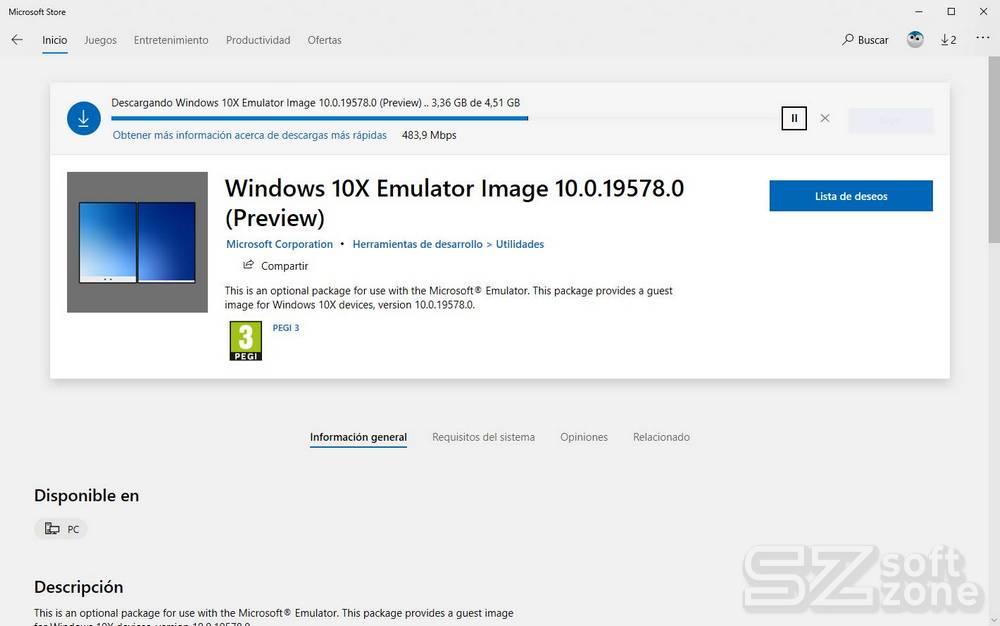 When we have the emulator and the image downloaded, we can already test Windows 10X. Inside the emulator we can directly see the new image of Windows 10X ready to start working. If we want, we can modify the settings of this virtual machine, although, honestly, it is better not to do so. 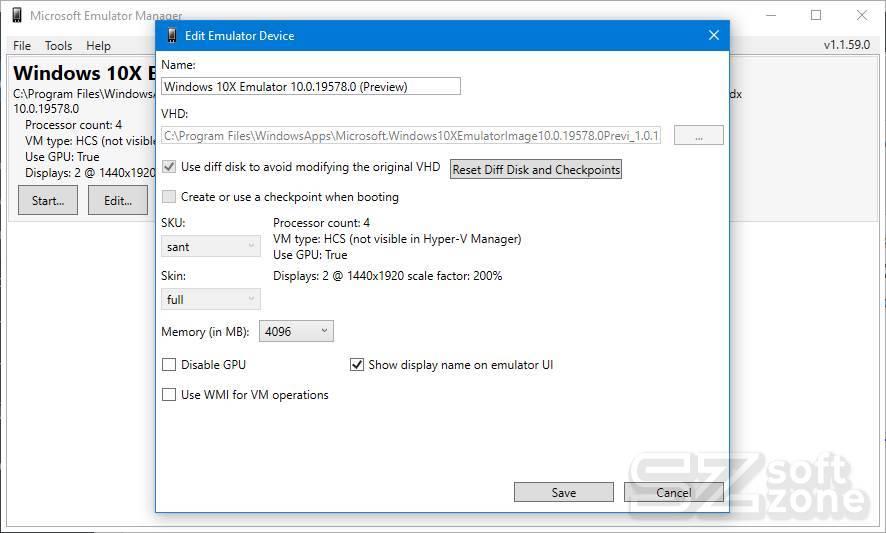 We must have Hyper-V enabled on our PC. If we do not have it, when we start the Windows 10X emulator we will see an error message, and this will tell us how to do it.

When the emulator starts, we will be able to see the two screens and the operating system in operation. We must bear in mind that it is a very limited version of the operating system, with a few applications installed, and focused, above all, on touch devices. 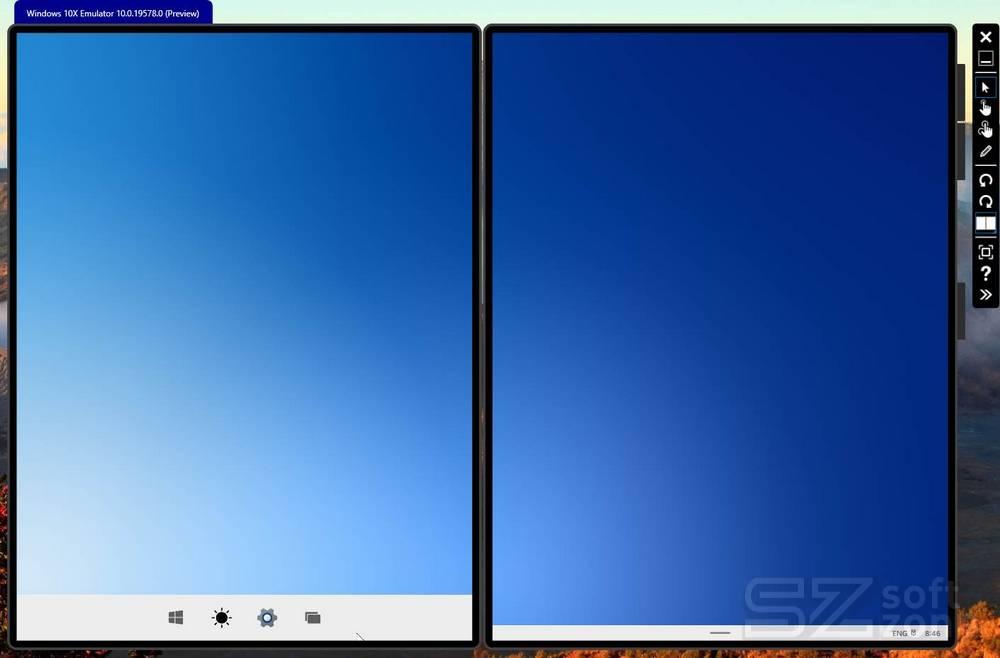 This new version of the operating system brings two quite interesting news that, until now, we have not seen in the desktop version of Windows 10 (and that, probably, we will not see in a short time). For example, the first thing that strikes us is the new taskbar and, above all, the new start menu. 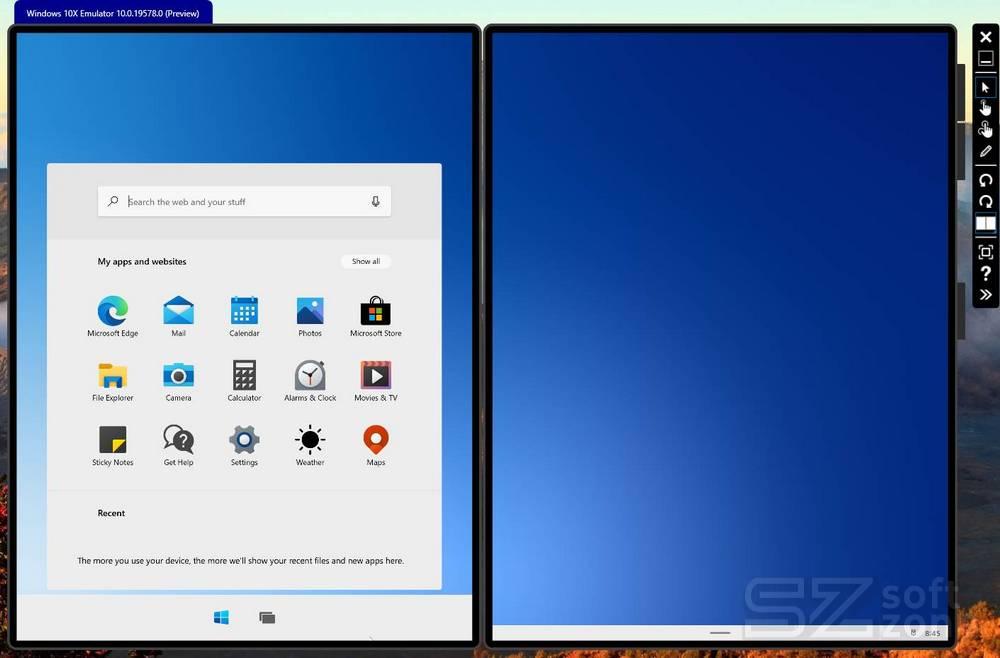 Also, the latest versions of Windows 10X introduce a new file explorer. Still very limited, since it is a very green version, but it allows us to get an idea of ​​what it will be like. If this new file explorer succeeds within Windows 10X, it will likely even make it to Windows 10. And this would be great news. Although, for now, it is very green. 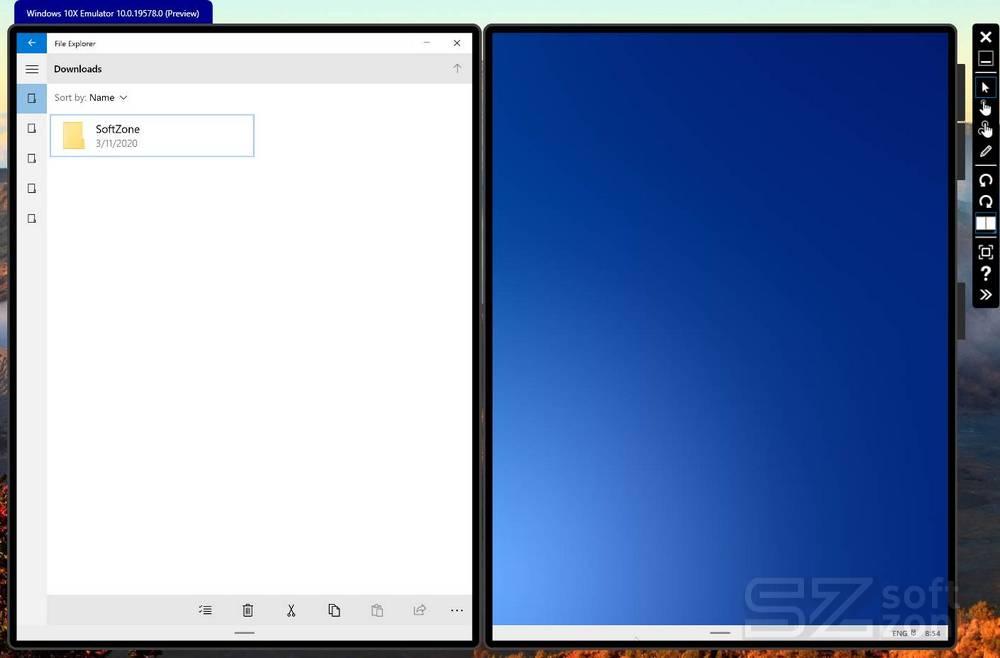 One of the things that has caught our attention is that the new Edge Chromium is available in Windows 10X. Given the limitations to prevent Win32 applications from running to promote UWPs, it appears that this is a UWP edition of Microsoft’s browser. In addition, it has the same management of permissions and options as this type of application. Will we see Edge Chromium on the Microsoft Store soon? Can be. 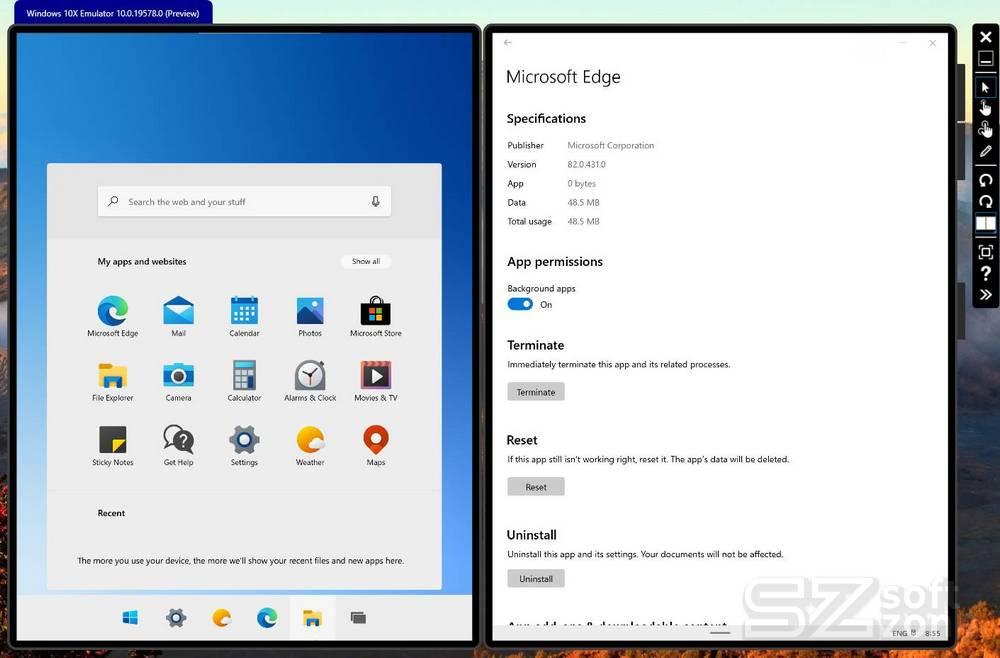 Windows 10X is still in a very early stage of development, but it is working. Now we just have to wait to see how Microsoft continues with the development of this edition and, most importantly, if some of the most interesting features of this system finally reach all other Windows 10 users, such as the start menu (very interesting) and the new UWP file explorer. 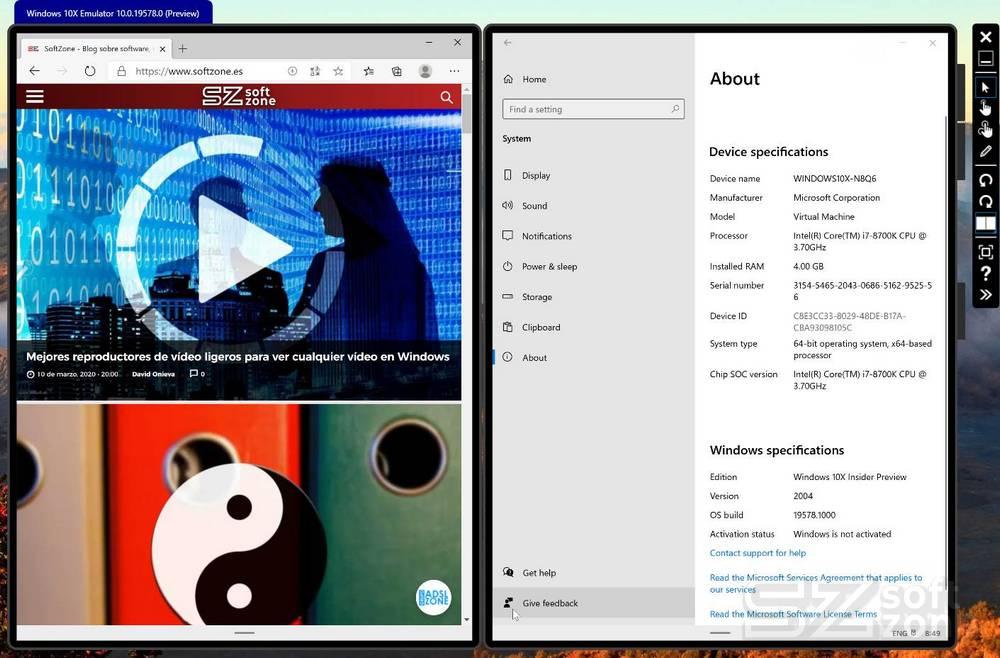 Microsoft will update the Windows 10X images frequently, so if we want, we can closely follow their evolution by downloading the new images as soon as they are available. 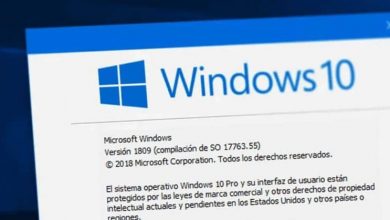 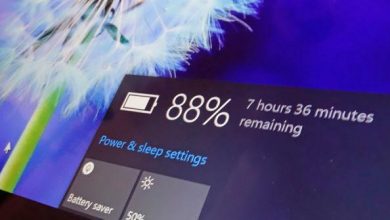 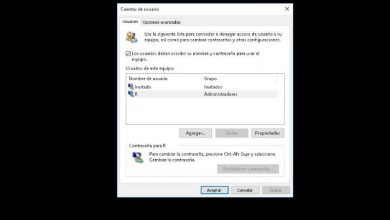 How to activate and configure login automatically in Windows 10? – Very easy 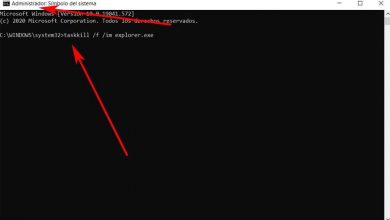 Do you have problems in windows? Restart explorerexe in these ways 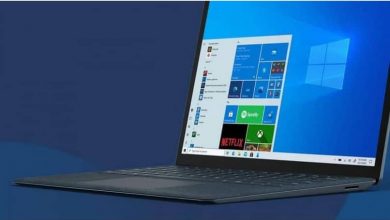 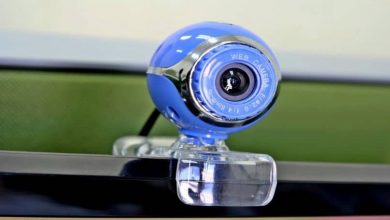 How to set up a built-in webcam on Windows laptop