Over the years and the versions of Windows 10, since July 2015, there are many new functions that we have seen appear. Similarly, others have been laid off, while some remain largely due to their enormous utility. This is the case, for example, of the element that we are going to talk about here, the Control Panel.

This is a section that for many years has been directly related to Windows settings. This is because Microsoft has added many of the configurable and customizable system options here. In fact, the Control Panel includes, even today, references to a multitude of Windows sections that allow us to make all kinds of adjustments.

Present and future of the Control Panel

Hence its importance, since the Control Panel allows us to solve certain problems with the system, configure some hardware options , control the drivers, etc. But it is also true that for some time now, there has been speculation about the possible disappearance, in the near future, of this component.

One of the main reasons for all this is due to the enormous growth that another similar characteristic is experiencing. Specifically, here we refer to the Windows 10 Configuration application. And it is that many of the functions that we find in the Control Panel are already available or are going to Settings. This means that the veteran Control Panel gradually loses its importance in favor of the more modern application.

In fact, it is Microsoft itself that, with the passage of time and the versions of Windows, increasingly focuses more on Settings. So most, if not all, new system features are added here, leaving the Control Panel a bit in the background. 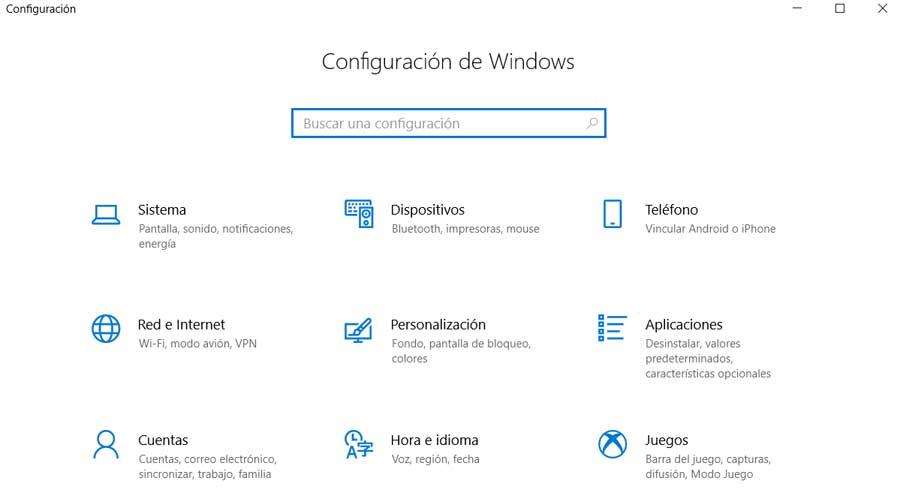 This, inevitably over time, will result in the disappearance of this important element. But that time has not yet come, so the Control Panel remains for a multitude of functions, a key element in the operating system itself . It is precisely for all this reason that it is interesting to know the best way to access this section, as well as its extensive functionalities.

Well, how could it be otherwise, the Redmond system offers us several ways to open this section quickly and easily. One of them, and perhaps one of the most used, is the method we use for so many other Windows features that we don’t know how to access directly. Specifically, we refer to the possibility of typing the name of the functionality in the search box of the Start menu. 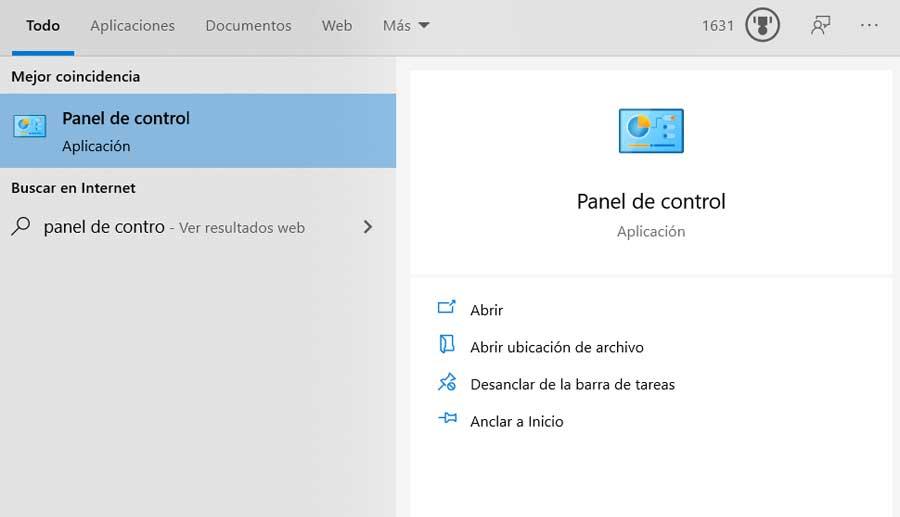 At that moment, a large icon will appear on the screen that will give us access to the aforementioned Control Panel. In this way we will only have to click on it to access this functionality directly. But as we mentioned before, this is not the only way to access this section. We must bear in mind that in the same way we can make use of the Windows execution box. Say that we access it through the Win + R key combination. Once the box appears, we will only have to type the words Control Panel to open the window with it. 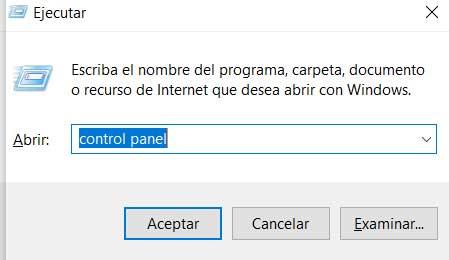 Create a shortcut to the Control Panel

Perhaps these could be considered as the fastest methods to access this section to which we refer, the least at first. But at the same time, below we are going to show you which one is the most recommended in the long run. To do this, what we are going to do first is create a direct access to this functionality.

Thus, to do this, we first place ourselves, for example, on the Windows desktop, where we click with the right mouse button. Next we select the New / Shortcut option, to write the following in the Location field of the element: explorer shell: ControlPanelFolder. As you can imagine, this movement will create a new shortcut icon on the aforementioned Windows Desktop. Thus, by double clicking on it, we directly access this element. 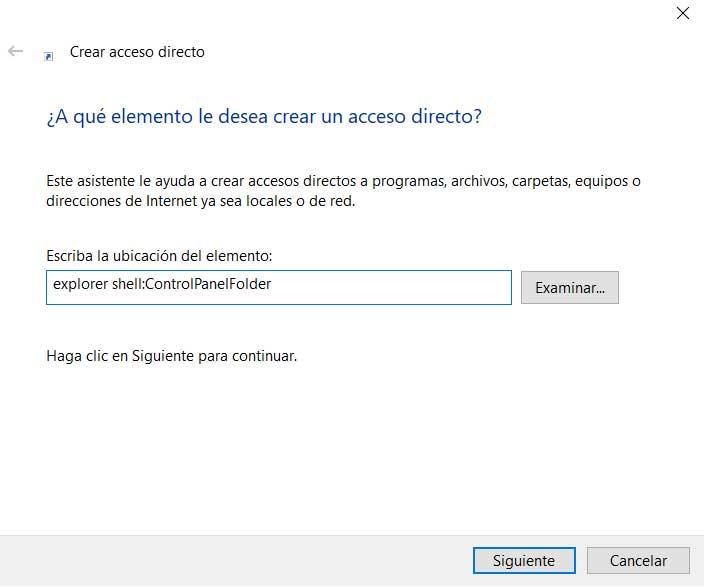 The usefulness of this new icon that we have just created is undeniable, since we will be able to do without typing the name in other places in Windows. However, we do not want to end all this, without going one step further to speed up access to the Control Panel.

With this, what we want to tell you is that from this same element, we will have the possibility of creating shortcuts, either in the Windows Start menu, or in the system taskbar.

To achieve this, we just have to click with the right mouse button on the icon that we have created previously. In the contextual menu that will appear on the screen, we will already have the opportunity to select between the two options that we have mentioned. These are the calls Pin to Start, or Pin to Taskbar. 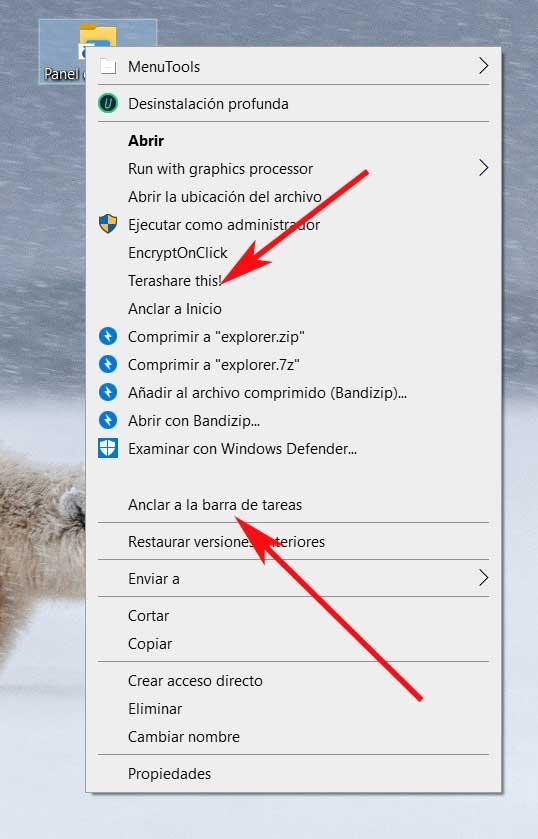 Therefore, and as we have verified, we can use different ways to access the Windows Control Panel in order to choose the one that best suits us. 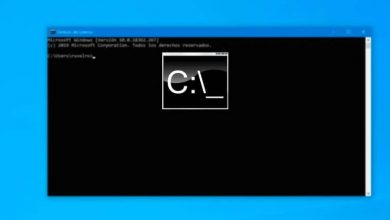 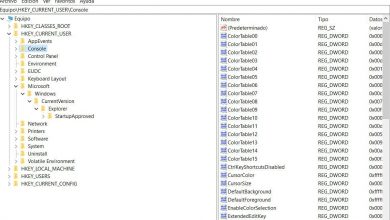 Windows can not open regedit? So you can fix it 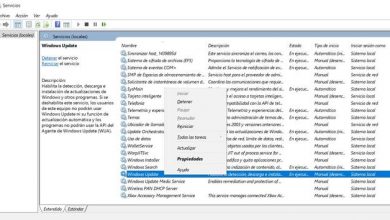 Windows update never ends up searching for updates? So you can solve it 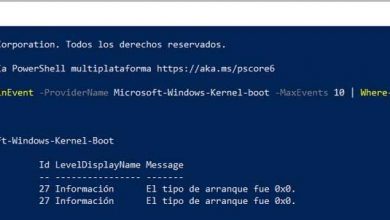 This powershell command lets you know how windows started 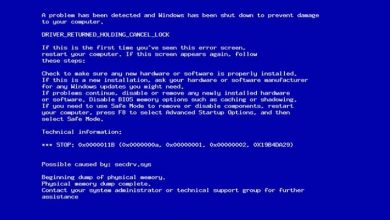 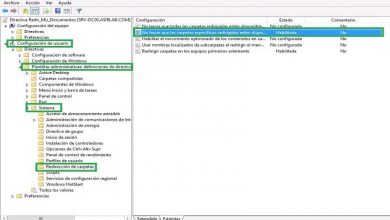 What are file libraries and what are they for in Windows 10, 8 and 7?