When we refer to the architectures on which both the processors of our PC and the software we use have been developed, these are usually 32 or 64 bits. It is true that the first of the modalities, over the years, is gradually disappearing in favor of the use of 32-bit architectures.

This is something logical, in fact it could be said that it is the law of life. And it is that as technology becomes more complex and powerful, the architectures on which all this is based also have to evolve. But the move from 32 to 64 bits in a globalized way is something that has been developing for years, and those that remain. What’s more, there are still many millions of computers around the world based on 32-bit architectures running at full capacity.

However, as we mentioned, everything related to technology does not stop evolving. We tell you this because, sooner or later, the move from 32 to 64 bits will be inevitable. But with everything and with it both architectures at the moment, in the middle of the year 2020, coexist adequately. Moreover, we can say that sometimes, if we focus on the software sector, we do not know if it is 32-bit or 64-bit.

Differences between 32-bit and 64-bit

The main difference between a 32-bit system or program, and a 64-bit one, is mainly the amount of memory it can handle. A 32-bit Windows will only be able to use a maximum of 3.2 GB of RAM because this type of processor can only contain a maximum of 2 ^ 32 addresses within its registry. On the other hand, 64-bit processors can handle a total of 2 ^ 64 addresses, placing the memory limit much higher than the 4 GB of 32-bit models, specifically 16 EB.

64-bit processors, operating systems, and applications are also much more secure than 32-bit ones. This is because they have advanced security layers, such as DEP, and special kernel protection so that hackers cannot exploit bugs and take control of our systems.

It is true that x64 programs consume a bit more memory. And that we still lose compatibility with certain old programs. But in return they offer superior performance. And most importantly, 64-bit software has features to improve program stability, and especially security.

Keep in mind that in these times, most processors have 64-bit architecture. Of course, as we mentioned before, many users continue to work perfectly with older or limited computers based on 32-bit processors.

On the other hand, and as regards the software section, there are still many applications and operating systems that are compiled with 32-bit architectures. What this means is that it may be the case that when installing a program on the PC, it does not work due to incompatibility in this regard. For example, this is something that we will find if we have a 32-bit computer, and we try to use a 64- bit software. If necessary, some users without experience in these matters, may feel a bit confused.

At the same time it is also worth knowing that even an operating system of the power of Windows 10, also has its 32-bit version. It is true that it is less widespread than 64, but it exists so that compatible processors can install it. Well, to avoid all this, in these same lines we are going to show you how to know the architecture used by our Windows 10 or by the installed applications. Keep in mind that today many software developers launch their projects in both ways so that we can choose.

Well, if we focus on the section of the desktop operating system that is most used around the world, Windows 10, we will help you get out of your doubts. It may be the case that we have been using the same system for many years, but in reality we do not know if it is the 32-bit or 64-bit version. However, to resolve any doubts we may have in this regard, we are going to help you, it is simple. The first thing we will do is open the Windows Settings application. 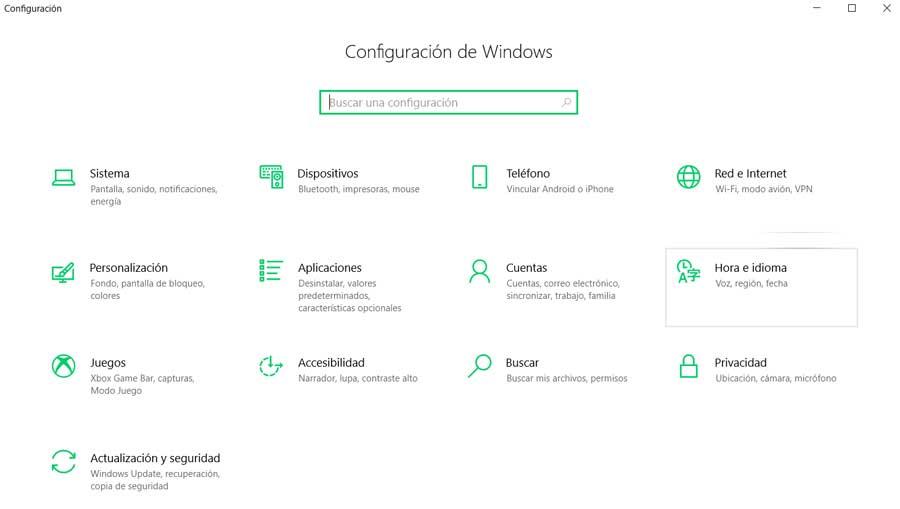 Say that we can access this section of Windows using the Win + I key combination. Then a new window will appear with several options, but the one that interests us in this case is called System, where we click. Well, on the left side of the interface that appears, we see various entries, so we go down to the last one, the one called About. 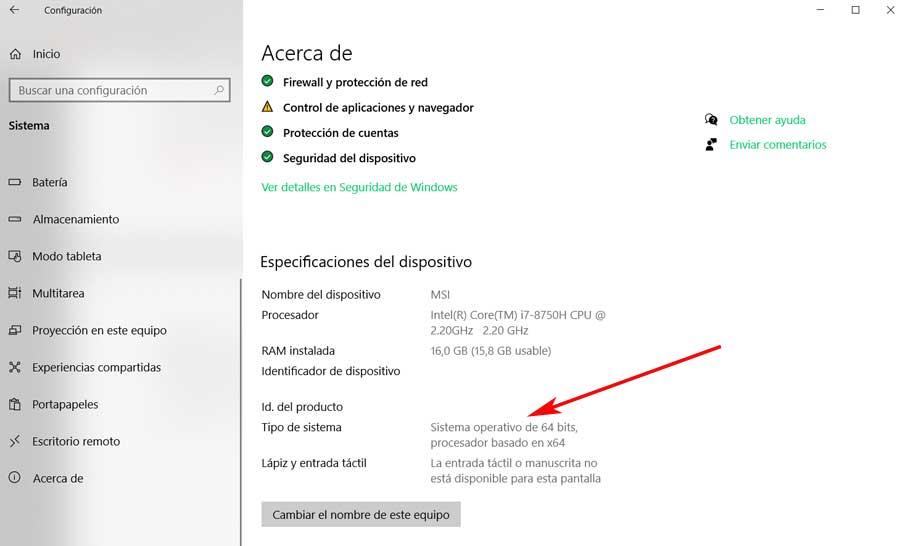 Here we are going to find a good amount of information about both the equipment and the system. Among this we can already see the architecture of both the processor of our PC, and the Windows system that we are using.

On the other hand, we find the applications or programs that we use daily on the Windows-based computer. As we have mentioned, these can be 32 or 64 bits, so we are going to see how we can know exactly. It should be mentioned that 64-bit Windows systems can run both 32-bit and 64-bit programs. Hence the importance of knowing the architecture of a certain application.

Know the architecture from Windows itself

We tell you this because in most cases it is advisable to use the most modern one, 64. This is preferable, for example, for security reasons, since 32-bit programs are much more vulnerable. Well, to carry out the verification, the first thing we will do is access the System Task Manager. 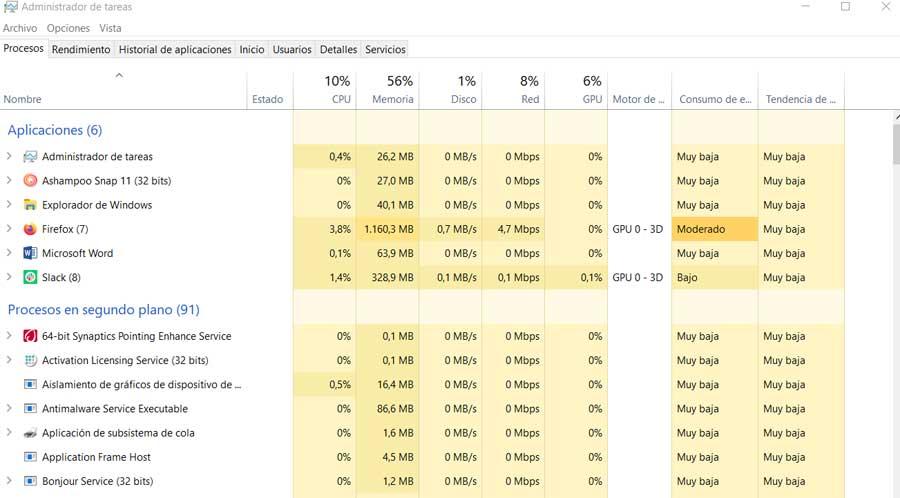 Say that to open it, we can do it through the key combination Ctrl + Shift + Esc, with which we see the Task Manager appear. In the case that concerns us now, we must click on the Details tab. Next, with the right mouse button, click on the header of any column to click on the Select columns option. Several sections will appear to choose from, which are the ones that we can add to the Task Manager. 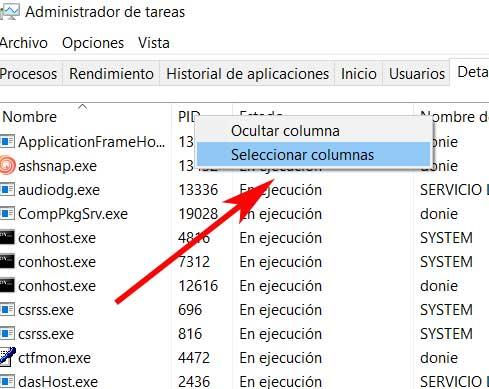 Therefore, in the list of options that will appear, we must find and activate the so-called Platform. In this way we will see how a new column appears with the same name, where we can already check the architecture of each of the running applications. It is evident that if we are interested in knowing the data of one that does not appear, first we will have to put it into operation. 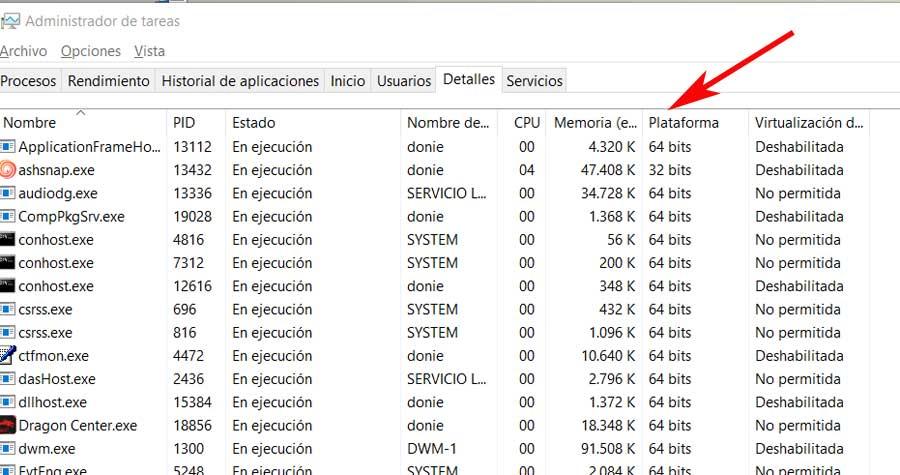 Get to know the architecture with another application

As we can see, this is a very simple method to know this information that we are commenting on, but it is something that we can also find out with a third-party program. This is the case that we are going to talk about right now. Specifically, we refer to the application called ExeProperties that you can download from this link. 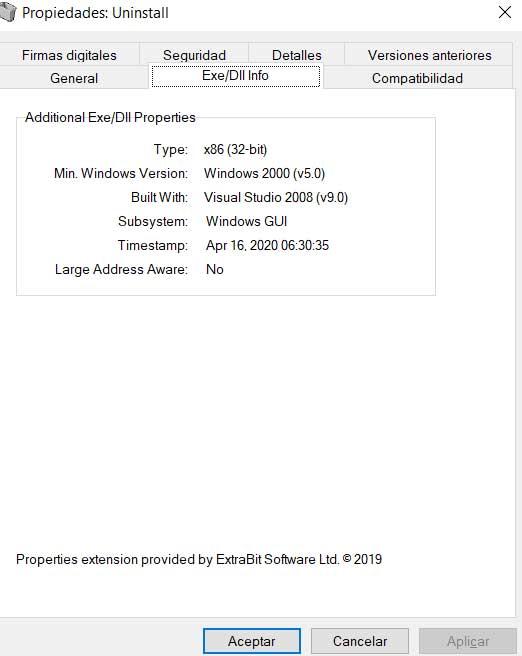 Say that once we have installed the application, what it does is add a new tab to the Properties of the file. Thus, when we click with the right mouse button on an executable file, we select Properties, and in the Exe / Dlld Info tab we will see the architecture of the application. 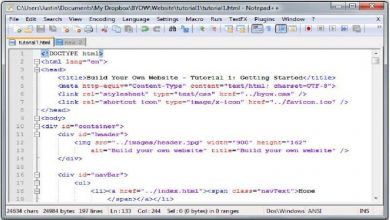 How to install and manage Plugins in Notepad ++ for Windows 10 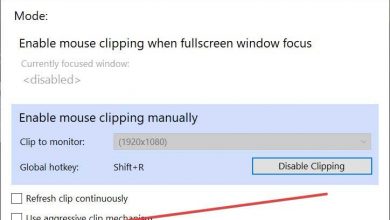 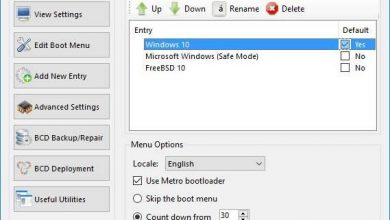 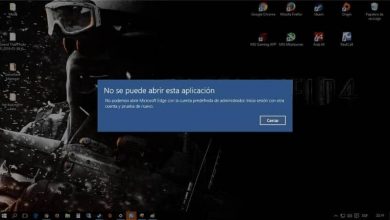 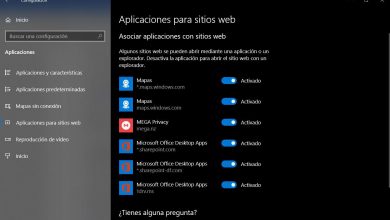