Xiaomi mobile devices have undoubtedly achieved great popularity in the smartphone industry due to their efficient system and striking design, in addition to being considered a good purchase option when you need to buy a new phone, since it has the best values ​​in terms of quality and price.

The Xiaomi brand has also managed to develop various devices and accessories that can be connected and linked to their smartphones, as in the case of their own Airdots wireless headphones, which offer an easy and fast pairing system with any mobile device, whether Android or iOS.

In addition, Xiaomi phones have a very striking operating system and that at the same time has a great diversity of functions capable of meeting most of the needs of users who use a device of this same brand.

We are talking about the MIUI system which is installed by default on all Xiaomi brand Android phones, allowing users to perform various activities and improving the functionality of the device. 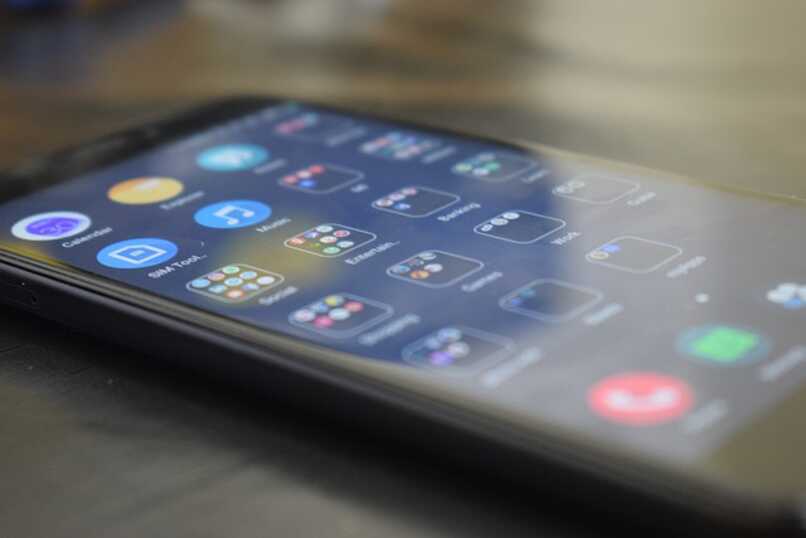 To start using this system and access all the functions of your device you will have to create an account on the MIUI platform, normally this is done in the initial configuration of the phone, or if not it can also be done through the device settings .

However, there is a function that very few users are unaware of, and it involves taking a long or panoramic screen capture of the device’s content.

What are panoramic screenshots on Xiaomi devices

Panoramic screen captures are the captures that are made elongated of a specific content, in case we want to take a capture of a page we can capture the complete content of that page, unlike normal captures that are simply a photo about of what was seen on the device screen at that very moment.

Performing this function is not something from another world, but if it is necessary that you update the software of your phone to its latest version before, in this case update the MIUI system on your Xiaomi device so that you do not have problems to perform this capture action panoramic, to make this capture you can follow the steps that we will show you later. 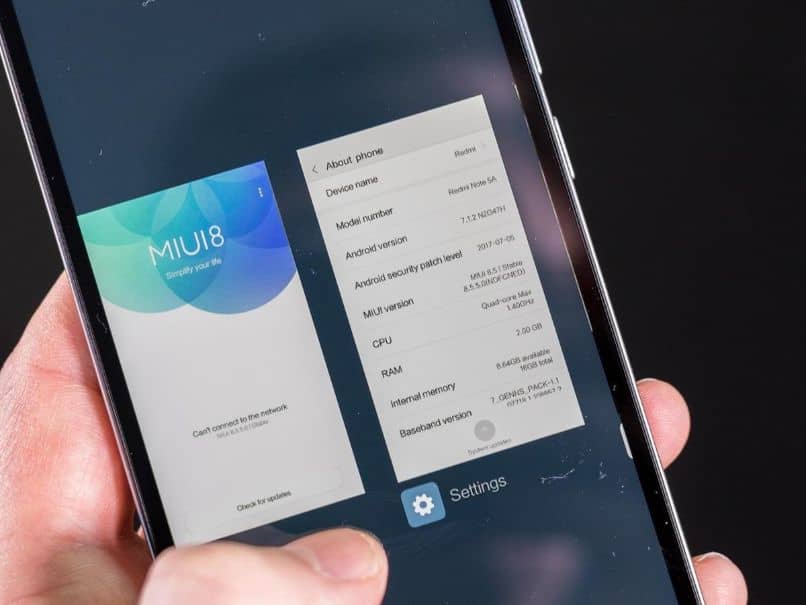 In what situation are panoramic screenshots usually used?

Like common screen captures, panoramic screen captures are made in order to save some information or image without having to be directly in the place where it is obtained.

These types of captures are usually made in images or written with a very extensive content where it is necessary to slide to obtain all the information, such as on web pages, digital book pages, among others.

Take a panoramic screenshot on your Xiaomi phone

There is also a function in Xiaomi devices that allows us to record the screen in real time, this is known as screen sharing, which will allow us to record everything we are doing on the device.

To be able to enable this option we will have to access the task bar by sliding the upper panel down, and then we look for among the functions that we can execute one that says “Screen Recorder”, when pressing on this the screen recording process will automatically begin of our device.

With this action you will be able to record all the actions that are carried out on the phone screen, to finish the video we will have to press on the red button located in the lower right part, once saved we will be able to find the video in the gallery. 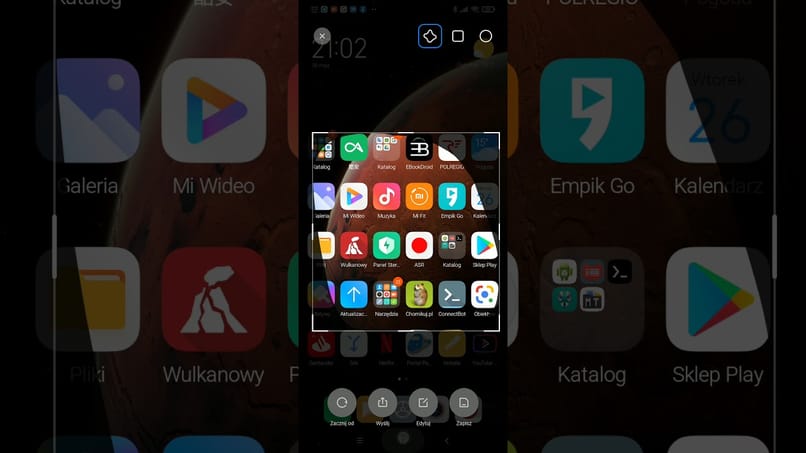 How to take a panoramic screenshot on different models

We can take a panoramic screen capture in any of the different Xiaomi models, it is enough to update the operating system, if necessary, take a capture in the common way and then press the “scroll” option. It will automatically start recording the screen where you can slide until you reach the point where you collect the image or information you need.

Then you can find this screenshot in the folder where screenshots are normally saved. In case your Xiaomi does not have this option, you can download an application from the Play Store that allows you to take panoramic screenshots.

It is basically the same procedure to perform from any other Xiaomi model, since this option is available for computers with the MIUI 11 operating system onwards.

Without having to download any extra application we can take a more extensive capture of the content that is needed and automatically save as a common screen capture.

To achieve this, we first access the control panel where the option to take the screen capture is located, or else, we use any other method, such as shortcut buttons for this. Once we make the traditional capture, we click on the “move” option and you will be able to move and focus all the content required to appear on the screen capture.

In the same way, said previously, this Xiaomi model comes with this built-in capacity from the factory, it is not necessary to update the operating system or download extra applications. However, we can always use the Play Store and download an application to take screenshots with swipe if necessary.

In general, this sliding screen capture function does not have any problem in Xiaomi models, it is recommended to use the integrated option by default.

What to do if you cannot take panoramic screen captures on your Xiaomi?

This function is integrated in the Xiaomi, however, like everything else, it may sometimes not work as we want, it may be slow or the captures are not saved when taken. We can correct this from the Xiaomi configuration panel, in the screenshots option.

Within this option we can customize the way we want to use to take a screenshot and store it. If the problems persist, we can simply download an additional application to take panoramic screenshots from the Play Store. 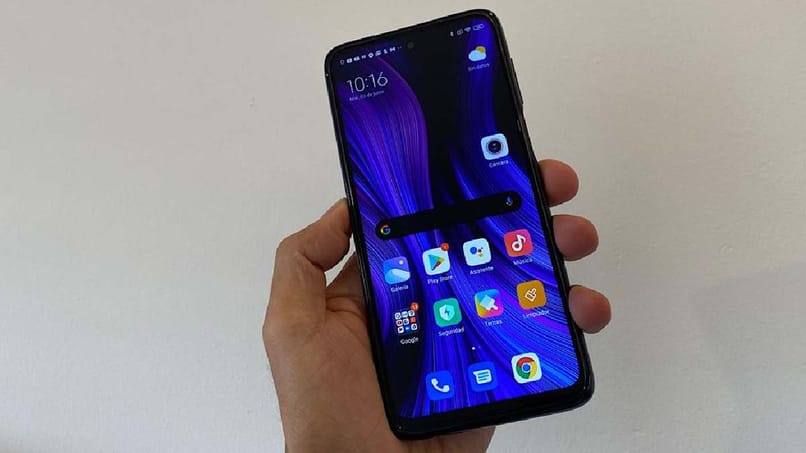 Apps to take long screenshots on your Xiaomi

These applications are simple and generally quick to download. They allow you to capture the screen and slide so that all the required information or images remain on it. Some of the most popular and efficient are:

It is one of the most downloaded applications for this purpose. Since it is totally free, it can be obtained in the Play Store easily, it does not take up much space in your Xiaomi storage and it is super simple to use.

To take a panoramic screenshot with Longshot, you just have to download it from the Play Store and install it. Once this is done, the same application when opening it for the first time will guide you to some settings where you will have to activate the “Auto-scroll” option..

Then from the window that opens, you will access the web page you want to capture and slide until you collect everything you need, you start capturing the screen when you press the floating button “Start” and it ends when you press the orange button ” End Here “and proceed to save the panoramic screen capture.

This application to take panoramic screenshots is another of the favorites of Xiaomi users. With this application you can capture everything you need, sliding up and down so that LongScreenshot later converts it into an image and saves it in the gallery of your Xiaomi. 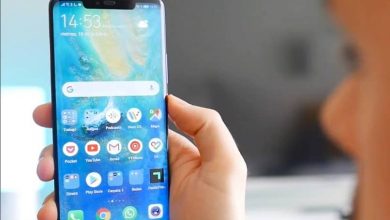 How to unlock or unlock a Huawei cell phone blocked by company and use it again? – Fast and easy 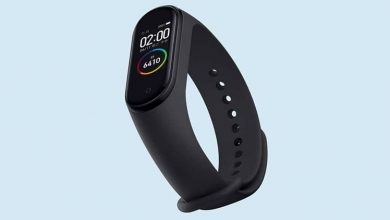 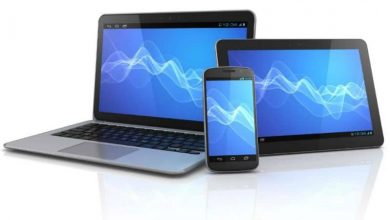 How to delete sent text messages on Android? – Very easy 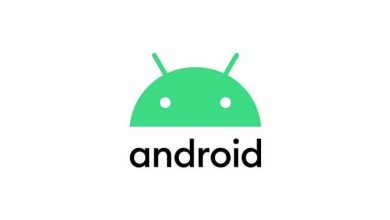 What are all versions of the Android system and its features? 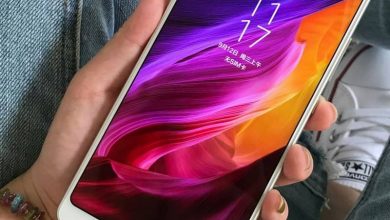