If you ask yourself “What have been the most viewed videos in the entire history of YouTube ?” In this article you will find a top ten of the most watched videos on this platform. Since its founding in 2005, YouTube has become a popular streaming website for viewing videos of any category. Millions of users use this portal to create their own channels or to watch videos of their choice.

Therefore, as mentioned above, to answer the initial question, in this article you will see a Top ten of the most viewed videos on YouTube. You will surely recognize some of the videos in this list, as they have been widely recognized worldwide for the quality of their execution or for their content. In the same way, in each video you will find the number of visits, its year of publication and a brief description about its history.

The most viewed video on YouTube with 7.667 million views is a children’s song by Korean pop composer PINKFONG. Baby Shark Dance was released on June 17, 2016 and has more than 20 million “likes” on the platform. It has a catchy beat from its repetitive sounds and talks about a family of sharks.

Most children’s videos tend to have millions of views due to the amount of repetitions they have, and more when it is a video that children like. In fact, videos with catchy beats and choreographic dances that are easy to learn are more likely to go viral for providing entertainment for children.

The second place is occupied by the song “Despacito”. The year 2017 began with this tropical song performed by Puerto Ricans Luis Fonsi and Daddy Yankee. The hit “Despacito” reached more than a billion visits in just 3 months and 7 days. When he was 5 months old, he doubled his visits and currently has more than 7,158 million visits on the platform.

It was recorded on the Island of Puerto Rico with the actress, model and former Miss Universe 2006, Zuleyka Rivera. It premiered exactly on January 12, 2017 and was very well received thanks to its danceable rhythm and the beautiful landscapes shown in the video. It was ranked number 1 in more than 80 countries, therefore, it has reached the number of visits it has today.

” Shape of You ” is a song written and performed by British artist Ed Sheeran. This smash hit premiered on January 30, 2017 and has reached more than 5.147 million views on YouTube. Its mix of Pop, Dancehall and Tropical House has captivated all continents and for that reason, it has positioned itself as one of the most viewed videos in the history of YouTube.

It reached number 1 in more than 34 countries and on lists recognized as “Billboard Hot 100”. In addition, it stood out for being a rhythm quite different from the common ballads that Ed Sheeran had offered on his albums. On the other hand, it should be noted that this song has the record of being the second fastest video to reach more than 2,000 million views in a short time.

This song was part of the soundtrack of the movie “Furious 7″, also better known as ” Fast and furious 7 “. It was written and performed by rapper Wiz Khalifa and singer Charlie Puth. The video was released on April 6, 2015 and, in addition to being the promotional song for the film, it is a tribute to Paul Walker, the film’s co-star who passed away on November 30, 2013.

Its release caused great shock as Paul Walker could not finish the film’s recordings due to the car accident that caused his death. For this reason, the use of high technology was resorted to to make the remaining scenes. In fact, ” See you again ” was made to fire this actor both in real life and in the movie. It has more than 4,914 million views, ranking as the fourth most popular video on YouTube.

Masha and the Bear – Recipe for Disaster (4.395 million views)

” Masha and the Bear ” (Masha and the bear) is a children’s series of Russian origin animated in 3D. His chapter 17 entitled “Recipe for disaster” was released on January 31, 2012 and already has 4,935 million views on the platform. For this reason, it has become the fifth most watched non-music video on YouTube.

The story is set in the adventures of Masha, a Russian girl who is cared for by a human-like bear. Masha plays with all the animals in the forest, but her antics sometimes cause her some problems that the bear tries to avoid. The best thing about this animated series is that it can also be found on NBCUniversal and on Netflix.

The sixth video is also occupied by a nursery rhyme. LooLoo Kids is a channel that has created different educational videos to be enjoyed by both children and adults. Its protagonist is the baby Johny, who grows with his family between adventures, games, friends and music. ” Johny Johny Yes Papa ” was released on October 8, 2016 and has 4.581 million visits on the website.

The video is about the baby Johnny who, when performing a mischief, the father asks him several questions to confirm that he is behaving well. The animation is entertaining and colorful for children. Its rhythm is pleasant and, in Latin America, this theme has been covered in a lullaby called “Estrellita, ¿qué está?”.

The union of British producer Mark Ronson and American singer Bruno Mars caused a sensation on the platform with the song ” Uptown Funk.” This song released on November 19, 2014 has 4.065 million visits for the quality of its music and the production of the video. It is set in the 70s and its “Funk” rhythm has captivated many countries.

In 2012, K-Pop was known worldwide for the premiere of the video ” Gangnam Style ” by South Korean artist PSY. Its debut was on July 15, 2012 and currently has 3,932 million views on YouTube. In 2012 and 2013 he caused a great sensation thanks to his colorful video and his peculiar dance called “the horse’s step”.

In fact, many people imitated the choreography and uploaded it to social networks with the “hashtag” (tag) “#GangnamStyleChallenge ”. It was a video that became so popular that many artists, footballers and even presidents decided to perform the famous dance. With this success, PSY catapulted himself as the second world-renowned South Korean artist .

This educational and children’s video of Russian origin, is characterized by teaching children with the eggs of a farm, the primary and secondary colors. It was published by Miroshka TV on February 26, 2018 and currently has 3.661 million views on the platform. In fact, his musical background is very popular because it is the song “Old MacDonald Had a Farm”, which has a Latin version called “On my uncle’s farm”.

When children are learning new words, it is necessary to repeat them several times so that the content remains in their minds. For this reason, it is normal that this video has so many visualizations, as it is of great use for parents who want to teach colors didactically to their children. Plus, it’s entertaining and easy to memorize.

On October 22, 2015, Canadian singer Justin Bieber released his hit ” Sorry “: the most popular video he has ever had in his career, even skipping over his first video called “Baby.” This song has reached more than 3,387 million views for having excellent choreography, pleasant lyrics and a peculiar rhythm, as it mixes Pop with Dubstep.

Additionally, the choreography is made by ” The Ladies of ReQuest ” and ” The Royal Family Dance Crews “, dancers from two renowned dance groups who have participated in great shows such as “World of Dance”, creating incredible performances with more than 20 dancers. on stage. Therefore, it caused great excitement and became popular so quickly. The hashtag ” #SorryChallenge ” was even created , with which videos of people imitating the choreography were tagged.

In this post you have observed the top ten of the most viewed videos in the entire history of YouTube. As you can see, many of them are musicals and others belong to the category of children’s education and entertainment. The songs are very popular and for sure, some of them you have heard on the radio, at a party, meeting or on the recommendation of a friend.

Apple tv + what is it, how does it work and what is its star content? 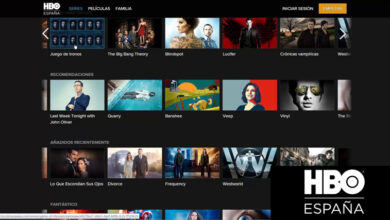 Hbo spain is it the best platform to watch series and movies in streaming? Review 2021 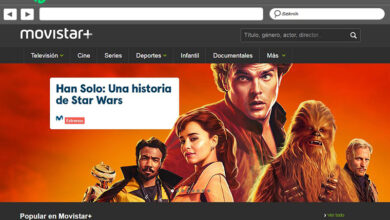 What are the best services and platforms by streaming to watch tv live and live? List 2021

Disney + is it the best option to watch series and movies in streaming? Review 2021 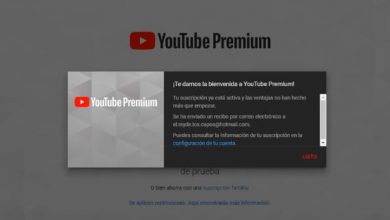 YouTube Red: what is it, how does it work and how much does it cost? 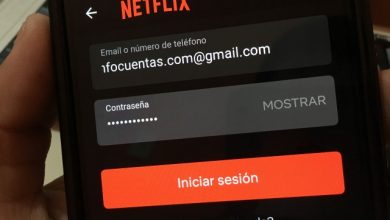