Snapchat is an application for smartphones, designed to share multimedia content for a certain period of time with your contact list. It has an interface similar to other instant messaging platforms. It is found free of charge for iOS and Android systems only for users over 13 years of age.

It is in the top positions of the most famous smartphone applications of the moment, along with others, such as WhatsApp, Facebook, Instagram and TikTok, the latter representing its biggest competitor in the attention of the younger public, known as “millennials”.

What is most striking is that the posts within this app will only be visible for 24 hours. These posts are called snaps and they are the main form of communication within this app and consists of sending photos or videos to the contacts you wish to do so.

Snapchat is used to share multimedia content in the form of images or videos, adding a certain attraction with the use of text, drawings and even filters. Unlike others, this application allows its users to control the duration of said publications or Snaps where they will be visible to their friends list, after this, they disappear completely from the recipient’s view and also from the application’s server.

The ghost application works in a similar way to other instant messaging applications, giving the user the power to add contacts and share multimedia content, informing those who use the application even when another user makes a screenshot of their Snap.

Snapchat also allows you to make video calls, but with a certain peculiarity compared to its competitors. In order to do so, both people must be in a private conversation where they can later click on this option, which will then turn blue. It is worth mentioning that they must do it at the same time.

This application offers the user the power to keep their content publicly for their contact list for a period of 24 hours, in addition to the predetermined time for sending files, privately, which is between 1 and 10 seconds.

It also allows users to keep their Snaps in “memories” where they can forward them or modify them as they wish, in the future. In addition, thanks to the latest update, the person can use the use of moving filters, something totally new in the application. This gives the user the freedom to take a selfie by simply touching the screen.

In addition to being fun and attractive to young audiences, Snapchat’s features allow it to stand out from the competition.

Starting from the advantages of Snapchat, one could also describe certain disadvantages that make the application attractive but risky.

This application was created by students at Stanford University, in the United States. It started as a school project for one of Evan Spiegel’s subjects , who gave it the initial name of ” Picaboo “, a software that allowed to publish photographs and delete them after a few seconds, preventing others from seeing them.

After some time, Bobby Murphy joined the project, for the coding of the application. Picaboo was presented as a final project during April 2011 in the product design class, that’s when the rest of the class objected that the images could not be permanent.

During 2012, the sending of images through Snapchat went from 25 images per second in the month of May, to more than one million per second in November of the same year, all this on the iOS platform, where it was located for the first time the application.

It was in that same year, when they decided to publish it for the Android platform, on November 29. At the end of 2013, the ghost company was valued at a minimum of US $ 10 billion. At that time, Facebook made an attempt to acquire Snapchat for a value of 3,000 million dollars, an amount located above what the application was invoicing at that time.

By 2014, the application had a higher number of downloads than any other previous application, despite the fact that Facebook Messenger, Instagram and Pinterest evolved surprisingly, none could reach the millions of Snapchat users in such a short time, having a 57% growth over the course of the year.

It was until September 2016, when the founders changed the name of the company to the one they currently own, Snap Inc., currently this app is among the most downloaded on both platforms (iOS and Android), as well as being one of the most used by the public over 13 years of age, with a number of active users in excess of 166 million.

Evan Thomas Spiegel was born on June 4, 1990 in Los Angeles, California, in the United States. He is currently married, father of 2 children, Hart Spiegel (2018) and Myles Spiegel (2019), graduated from Stanford University and became one of the co-founders and CEO of Snapchat inc., Which was created jointly with Bobby Murphy and Reggie Brown.

He was listed as the youngest millionaire in 2015, maintaining his position among the richest young people in the United States for 2019. Interestingly, he dropped out of college shortly before finishing his studies, to focus his attention on Snapchat. Although Spiegel, made known during an interview in “Stay Tuned”, made by the NBC News network for Snapchat, that he had culminated his career that same year, this was motivated by his little first-born Hart Kerr Spiegel, whom he seeks to inspire and teach that it is important to graduate.

In September 2018, this young businessman and founder of one of the most famous applications of the moment, obtained his French nationality together with his son Hart, thanks to his status as an “emeritus foreigner”. His assets for September 2019 stood at $ 3.5 billion.

How to know if someone blocked you on Facebook 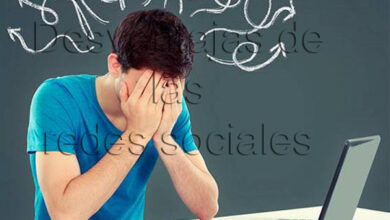 What are the advantages and disadvantages of the use of social networks for professional use and companies? 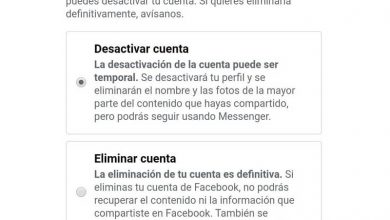 How do I permanently delete my Lovoo account? – Very easy 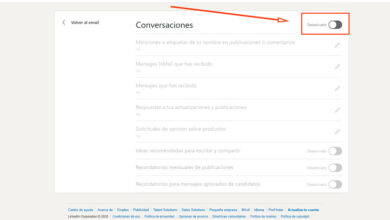 How to modify or disable linkedin email notifications? Step by step guide 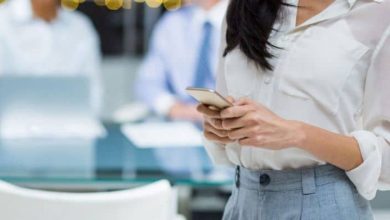 Meaning of 7w7 and UwU in WhatsApp, Facebook and other social networks