Despite living in the middle of the entertainment era, and having an infinity of alternatives to pass the time, more and more users are drawing their attention to retro games. We understand by retro game all that launched more than 20 years ago, especially for the consoles of that time, which today is difficult to get and, above all, to play again. If in the 80s and 90s you were on the side of Nintendo, surely one of the consoles that marked your childhood was the NES. And, although nowadays they are no longer marketed, it is possible to play their titles again thanks to an emulator.

Emulating the Nintendo Entertainment System, and downloading the games, is not complicated at all. Consoles from almost 40 years ago are no longer a problem for today’s PCs. We can use our computer to emulate them, a mobile phone, and even a micro-computer such as the Raspberry Pi.

NES roms can be easily downloaded from the Internet Archive, since being considered as “abandonware”, while others do not do business Nintendo turns a blind eye, more or less.

If we want to remember those wonderful years or simply experiment with games that marked an era, nothing better than opting for some of these emulators and enjoying NES games on our Windows computer.

Of course, the first NES emulator we’re going to talk about is RetroArch. This program acts as a frontend for LibRetro so that we can use one of the multiple cores that this program offers us to run retro games from any console. Among them, from the NES.

RetroArch is a highly configurable emulator that allows us to edit practically any aspect of the emulation (overlays, shaders, frames, controls, etc). The compatibility is perfect, since you can run any game without problems thanks to its multiple cores. However, for users who like to “open and play” it is a program that can be too complicated, and the simple becomes complicated with this program.

An excellent option if you have experience and do not mind taking time to get it ready. 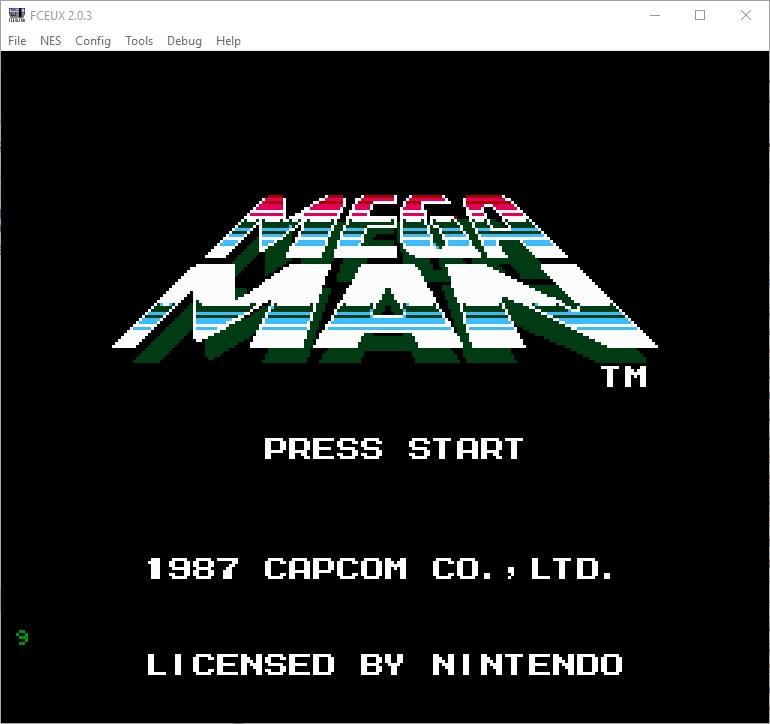 FCEUX is an emulator for the NES and Famicom Disk System that has sought from the beginning to be an “all-in-one” emulator that offers excellent precision, ease of use for casual gamers, and a host of advanced options for those who would like to go a step further. This emulator is the evolution of the classic FCE Ultra, which is joined by a large number of advanced features and functions, such as a game recorder, several save points and a function, called NetPlay, to play with other people on the local network. . It supports all formats (PAL, NTSC and NTSC-PAL) and its advanced features allow more experienced users to enjoy the best emulation to the full.

Nestopia, a simple and complete NES emulator at the same time 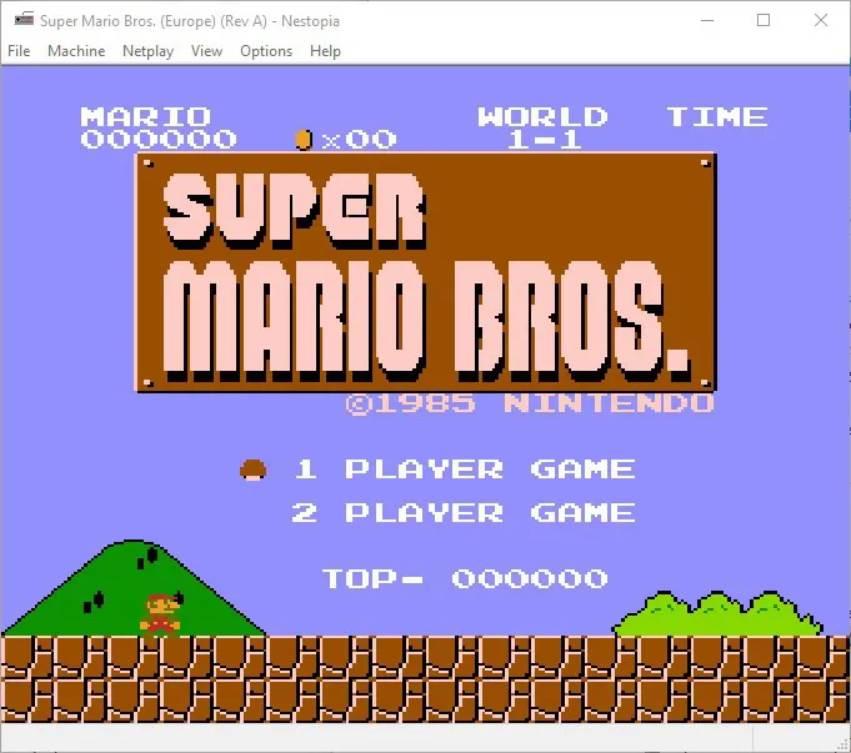 Nestopia is another excellent NES emulator, one of the most used before the birth of RetroArch, but it has not been updated since 2008. Despite that, this is an excellent open source emulator for Windows, Linux or macOS that is very easy to use. and launch that has a large number of adjustments and optimizations at the level of performance and fidelity to offer users the best possible experience. It has a video recorder and player, several save points and NetPlay functions. In addition, it allows to load cheats automatically in the emulator and to be able to change the speed of the game.

We can download this emulator, and its source code, from this link .

UberNES, compare your scores with others 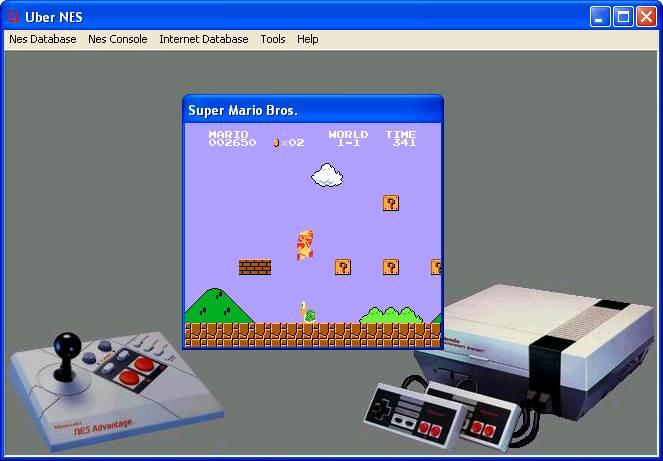 This is yet another emulator that we can turn to to get back to playing our favorite NES games. UberNES is characterized by being an extremely accurate emulator, and also offers a unique feature that no other NES emulator offers: an online scoreboard with which we can compare our scores in more than 50 games with those of other players.

We can download it for free from the following link . 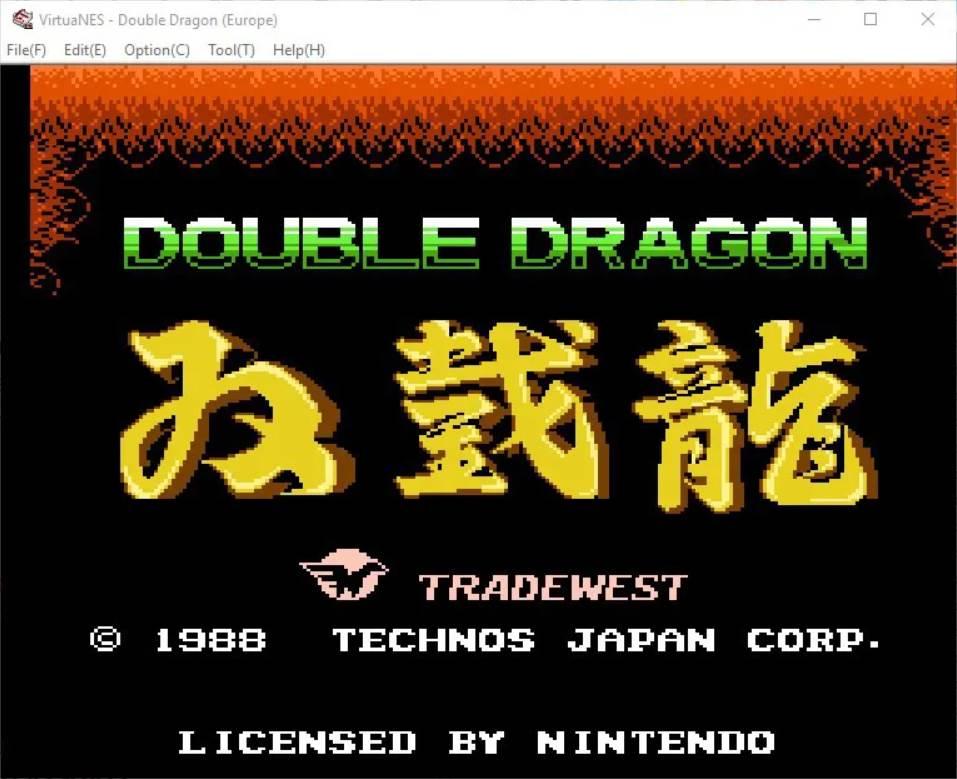 This NES emulator is very similar to the previous ones. In addition to having a very simple to use interface, and a good collection of advanced options for more experienced users, it has a game recorder, network functions thanks to NetPlay and the possibility of saving up to 10 save points for each game . There is not much else to note about VirtuaNES. It offers almost the same as the previous ones, but its website is in Japanese, so, if we do not want complications, we will finish before downloading any of the previous emulators.

We can download this emulator for free from this page . 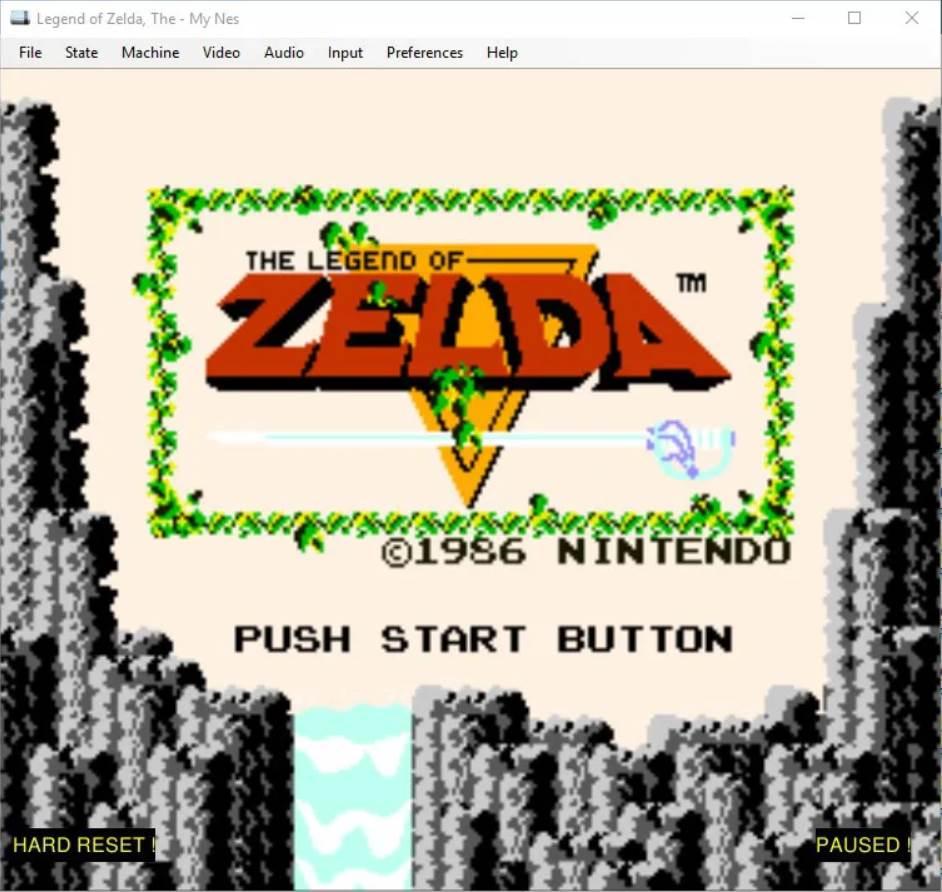 If we want a much simpler option, mainly focused on loading games, playing, period, then MyNES is the alternative we are looking for. This emulator is also free and open source, but it lacks all sorts of advanced features and functions, such as network tools and game recorder. What it does offer us is a good collection of debugging tools and the possibility of mapping the controls as we want.

It also has a large number of configuration options and advanced features so that we can do practically anything with this emulator.

We can download this emulator from Emuparadise, since its repository is closed. 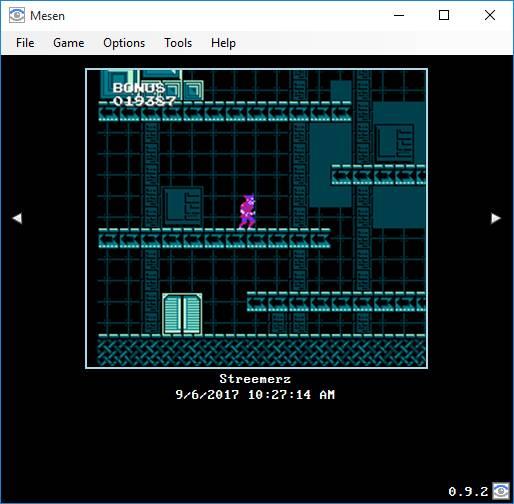 Mesen is another alternative thanks to which we will be able to get the best possible experience when it comes to playing our favorite NES games again. For example, this emulator offers us numerous features such as save points, video filters, NetPlay, overclocking, tricks and even HD packs to give our games a new touch. 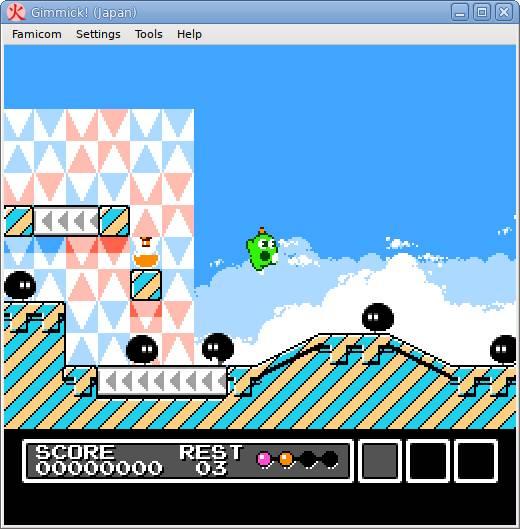 This emulator started out as a SNES emulator. However, he wanted to go further and became a kind of RetroArch, a complete platform from which to catalog and play all the games we want.

Regardless of all the platforms it emulates, Higan offers a very mature NES emulation, being fully compatible with all the chips that built this console, such as the MMC5, Sunsoft-5B VRC6, VRC7 and even the controversial VRC5.

We can download this emulator for free from here . 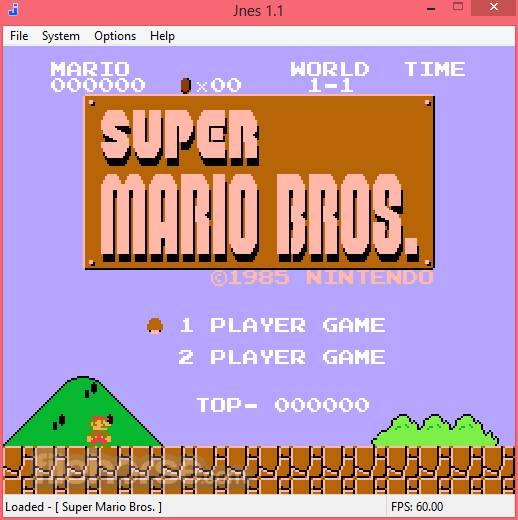 Jnes is yet another emulator for the original 8-bit Nintendo Entertainment System. This emulator has a very neat, intuitive and pleasant user interface that will allow anyone to load the games they want without the slightest problem. It has advanced functions and features such as manual instant save of the game or video recording of our games. Its compatibility is mainly focused on American and European games, although it is also possible to run Japanese games without problems.

PuNES, the best OpenSource option to play the NES 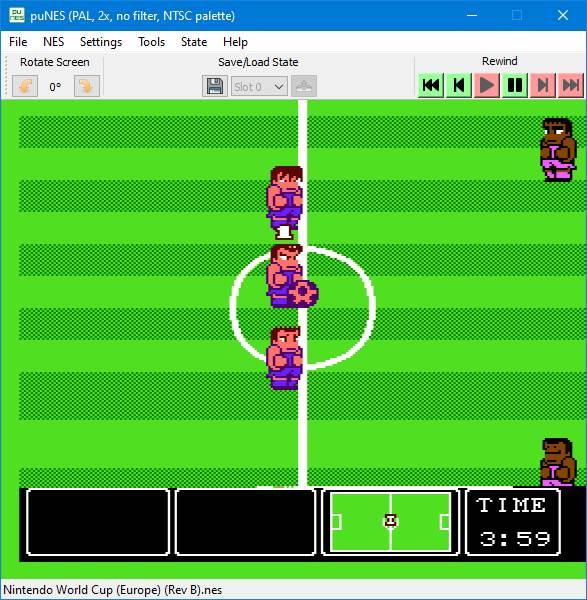 PuNES is another emulator more developed to allow us to emulate the Nintendo console on both Windows and Linux. What this emulator seeks is to offer us in a single emulator the same characteristics that we can find in other emulators separately. For example, when we run it we will see a white noise screen, like that of TVs. In addition, it has a large number of configuration options that allow us to adjust everything related to emulation to the millimeter, from the controls to the filters that improve the finish of the game.

Unlike other emulators, which have not been updated for a long time, PuNES has a fairly stable support. In addition, it is open source, so any user can collaborate in its development. We can download it for free from this link . 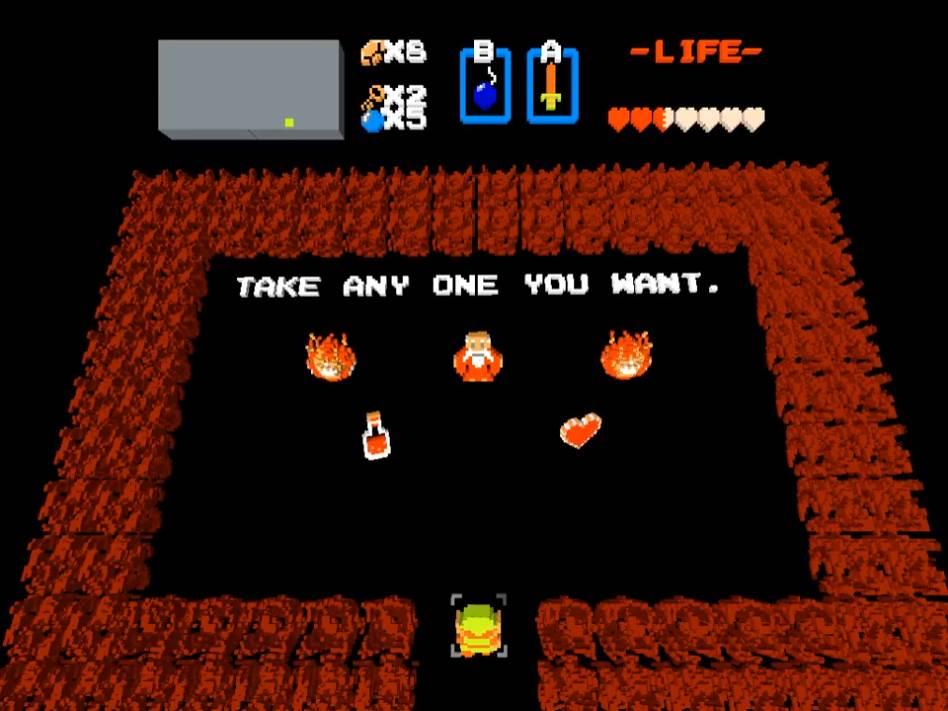 This emulator drastically breaks with all the previous ones. While others seek to emulate the Nintendo console, and offer the best possible fidelity, 3dSen seeks to automatically convert NES games into 3D games. And how do you do it? Magically. This emulator supports a wide collection of games and is responsible for converting them directly to 3D when we open them with the program. Thanks to it, we will be able to play our favorite NES games in three-dimensional environments automatically generated by the program.

3dSen will allow us to console the three-dimensional effect to adapt it to our liking, and it also offers us fully customizable controls so that we can play as we like best. It also has features that other emulators offer, such as save points, to get the most out of each game. 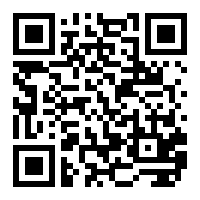 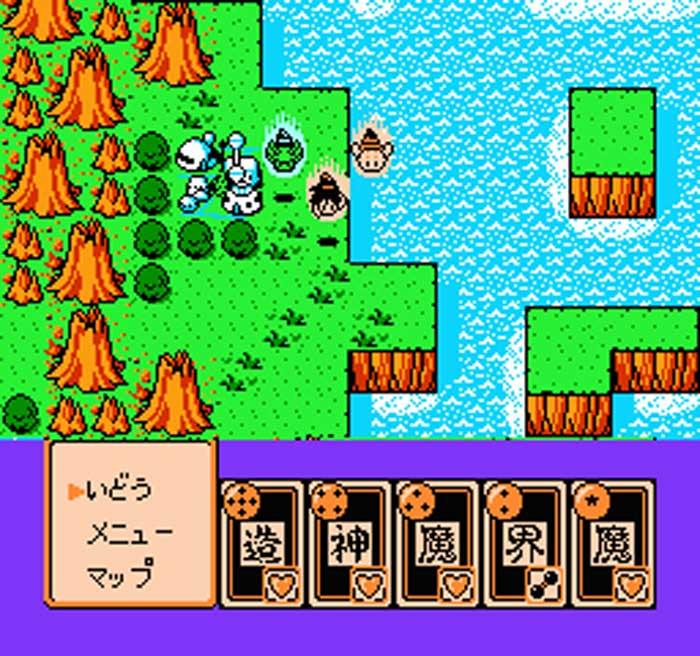 This multiplatform console emulator that will allow us to replay classics from the 80s and 90s of the NES, achieving a result and playability that is practically identical to the original. We can find classic games like Castlevania, Arkanoid, Final Fantasy, Double Dragon, among others.

RockNES is characterized by its low consumption of system resources which means that it can be used even on old or not very powerful computers. In addition, it allows us to save the games and make configurations in the games.

Which emulator for NES to choose?

As we have seen, there are a good number of emulators to enjoy NES games on our computer again. We find proposals from the simplest to those with more advanced customizations, so that we can choose the one that best suits our tastes. Among the more complex options is RetroArch, the most popular option and one of the ones that offers the best results in exchange for a more important configuration dose. 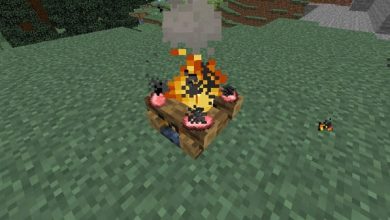 Bonfire in Minecraft: how to craft it and make a bonfire in it 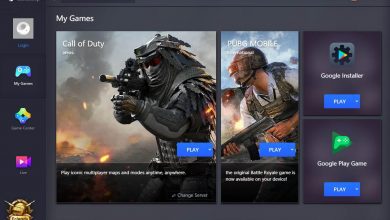 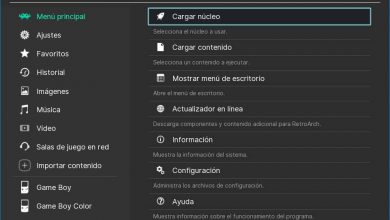 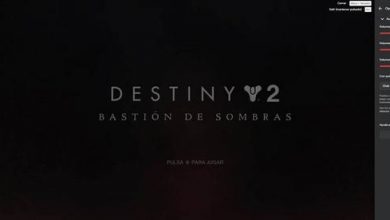 Stadia on windows 10: learn how to use the service from your pc 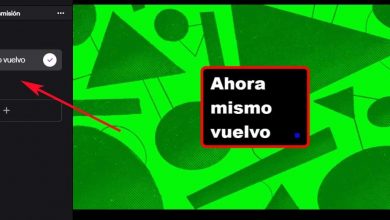