Over time, it has been pointed out that Windows 8 has been one of Microsoft’s operating systems that has given the most to talk about. Taking into account that, beyond its controversial changes, it stands out for being an OS that has a more efficient operation (even on computers with few hardware features). In addition, it presents compatibility with next-generation external devices .

In addition to this, it includes its own antivirus and antimalware program that guarantees the highest possible security for its users. It also has support for touch screen, cloud synchronization and different applications available in the Windows Store. Whereas, W8 was the first version of the operating system to provide a bundled app store .

But besides all this, one of the most interesting aspects of Windows 8, resides on your desktop . That is why, in this post, we will define what the Windows 8 Desktop consists of and what it is for, as well as how it differs from other versions and how it can be fully customized . In order to do so, acquire an optimal user experience.

What is the Windows 8 desktop and what is this section of the operating system for?

Generally speaking, the Windows desktop is defined as the main screen that can be seen when initializing the system . Therefore, the Windows 8 desktop refers to that software interface that has been created in order to generate a space with easy access to programs, comfortable and optimized to carry out the various operations available in this version of the OS. .

In this sense, the W8 desktop consists of a section of the operating system that is used to manage the different tools or utilities that the PC contains . Thus, it allows to have a wallpaper, file numbers, folders, icons, accesses, programs, etc. Valuing that, all these elements can be organized, freely, by each user depending on their specific requirements.

Now, in short, the desktop based on this version of Microsoft Windows corresponds to a graphical interface that is displayed as the first screen when turning on the computer . Thanks to this, mainly, it is characterized by its simplicity of access to the various software or applications available.

For its part, it should be noted that there are two different methods to make the particular W8 desktop appear ; Well, this presents certain divergences around version 7 and 10 of Windows. The first of these methods is based on going to the start screen of the system to locate the tile that says “Windows Desktop” and clicking on it . As for the other method, we point out that it consists of using the keyboard shortcut “Windows + D” and with it, the desktop will start automatically.

What are all the sections that make up the Windows 8 desktop?

Among other features, we mention that the Windows 8 desktop is made up of several sections . Through which, it manages to provide an optimal user experience, guaranteeing the greatest possible efficiency and simplicity to execute the various actions that the system supports. As a consequence, you may wonder what all those sections are, since W8 does not have the classic Windows family desktop .

Therefore, in this section of the post, we will mention each of them in detail:

How is the Windows 8 desktop different from other versions of the OS?

One of the main peculiarities of the Windows 8 desktop is that it managed to radically change its appearance with respect to what had been shown in all other predecessor versions of Microsoft’s operating system . For that reason, it is interesting to know the most important differences between the W8, W7 and W10 desktop .

Which, we will specify here: 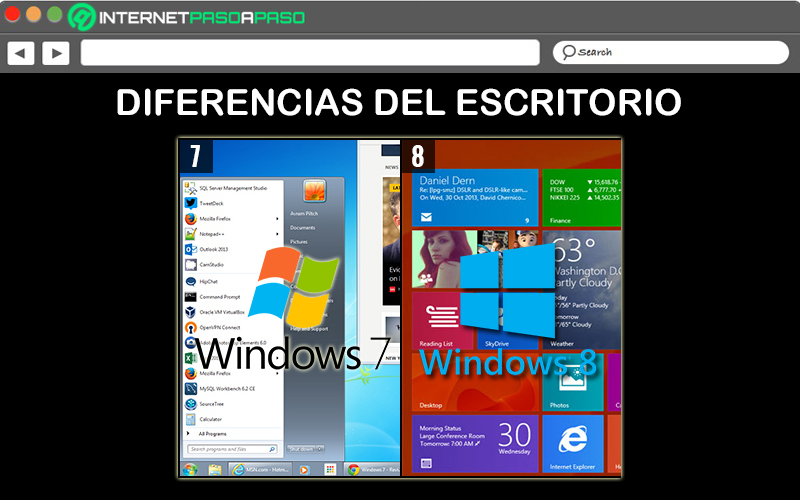 First of all, it is worth knowing what are the distinctions that were observed on the Windows 8 desktop around that of the predecessor version, that is, Windows 7 . Thus, the first difference is that it is not possible to work with all programs or applications directly from the desktop section . Since, when you open a utility, it will fill the entire screen . In other words, a window will not open on the desktop.

For its part, despite the fact that the Windows 7 taskbar is maintained, in Windows 8 you can now see notifications from the upper right corner . In addition, the file explorer has an interface that leaves the mouse or fingers within reach on a touch screen. Which, before, consisted of a totally hidden function .

All this, because of the new interface of Microsoft Windows 8 based on the Metro 8 font . Which consists of the screen that users take when they turn on their computers, that is, the main screen . This one, unlike previous systems, features bright and colorful icons of different applications. 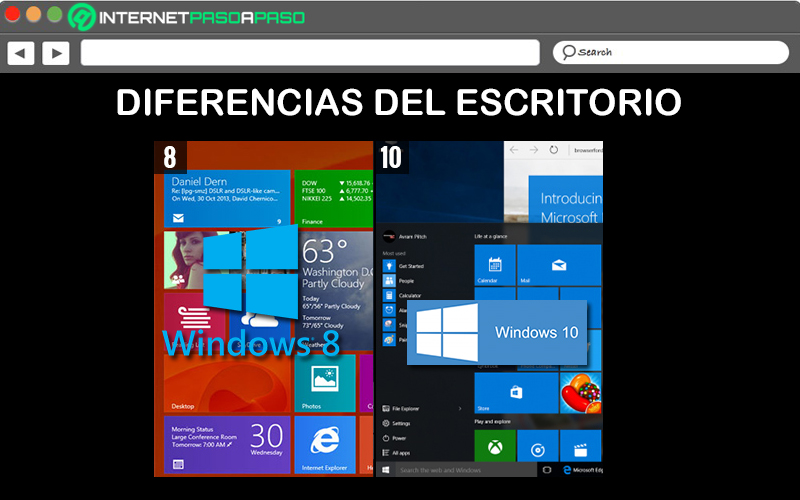 On the other hand, the successor to Windows 8 introduced a new task view button that is not available in the latter. That being, a button that offers the facility to know which are the specific applications and documents that are running in the software and, in addition, facilitates access to them. Thanks to this, it is estimated that in W10 navigation improves significantly compared to W8 .

In addition to this, while in Windows 8 the Start menu ceased to exist, it returns in Windows 10 taking a great role . In other words, the W10 desktop decides to provide one of the most classic Windows elements for the experience of its users and, therefore, it somewhat resembles the appearance of the Windows 7 desktop .

For further advancement, with the aim of improving the organization of running content, they also decide to introduce the possibility of creating multiple desktops in Windows 10 and this was never possible through Windows 8 . Thanks to this, users of the most recent version of Microsoft’s OS will be able to optimally organize the processes under development through different desktops .

As we have pointed out throughout the post, the Windows desktop is considered an ideal area to be able to customize the operating system to the maximum and thus improve its appearance depending on your tastes. However, despite this possibility, many users stop taking advantage of it because they do not know how to proceed in such cases .

Therefore, here we will detail several ideal alternatives to customize your W8 desktop: 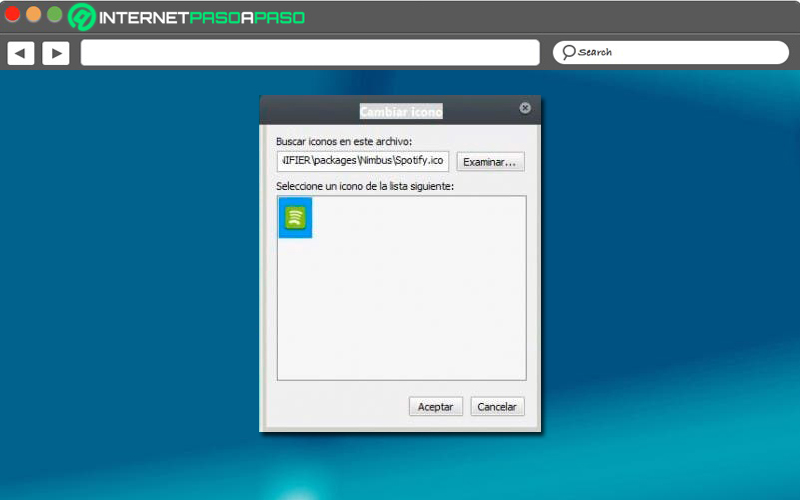 One of the most important assets that W8 exhibits is that its Metro interface allows you to customize the icons of the files and folders that are inserted on the desktop of the PC.

Therefore, if you want these icons to look different and improve the appearance of the desktop, you must optimize them in your own way as follows: 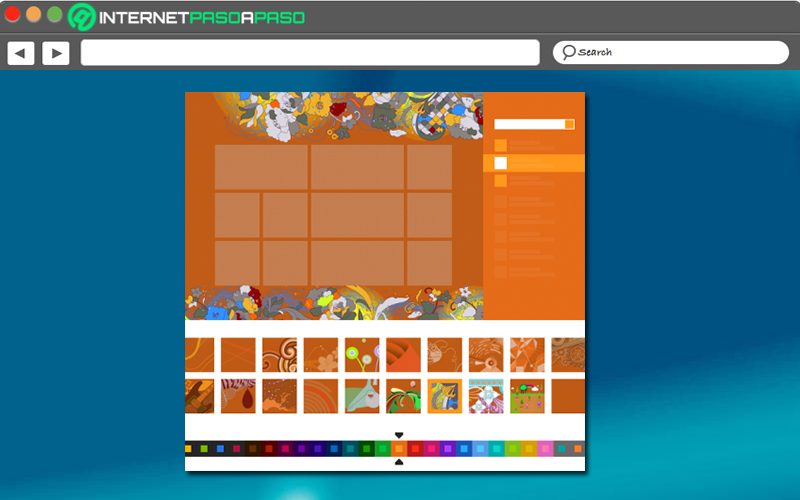 You can also choose a new background and another color for the interface of your PC, that is, for the desktop background. Taking into account that, to start this customization process, you have two options available: Access the general OS settings or right-click on an empty place on the desktop and then select the Personalize option . 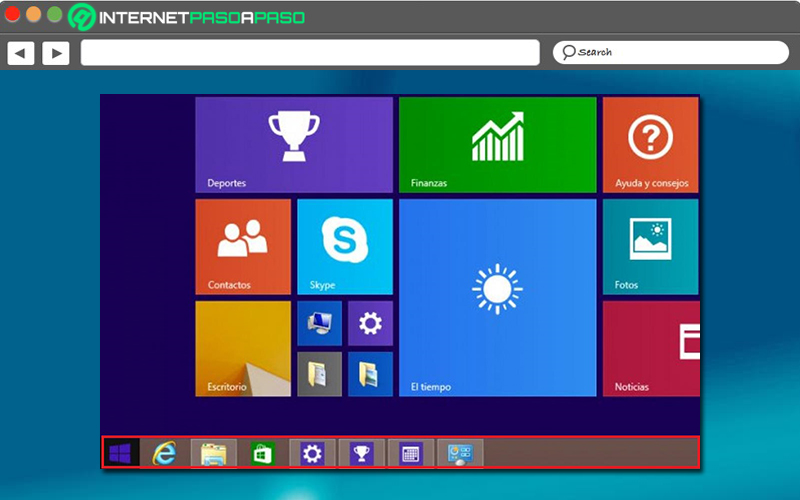 Another interesting aspect that can be customized in Windows 8 refers to the taskbar . Especially since it is a section of the desktop that supports different forms of customization that are actually very attractive.

Therefore, below, we explain the different ways available to optimize your taskbar from W8:

To achieve this, you can also turn to the Classic Shell application . In it, you have to select “Start” and access the Settings. Then, through the home tab, tap on “Activate taskbar transparency” and click OK.

For some users, visually, the taskbar is annoying in the location it contains, by default. However, to personalize your user experience, it is possible to change the position of the taskbar in a simple way. In this case, it will be enough to drag said element using the mouse and move it to the area you prefer . That’s all.

Pin programs to the taskbar

This is a form of customization that will help you ensure that, exclusively, the taskbar appears every time you hover your mouse over it . Otherwise it will not show up on the desktop. 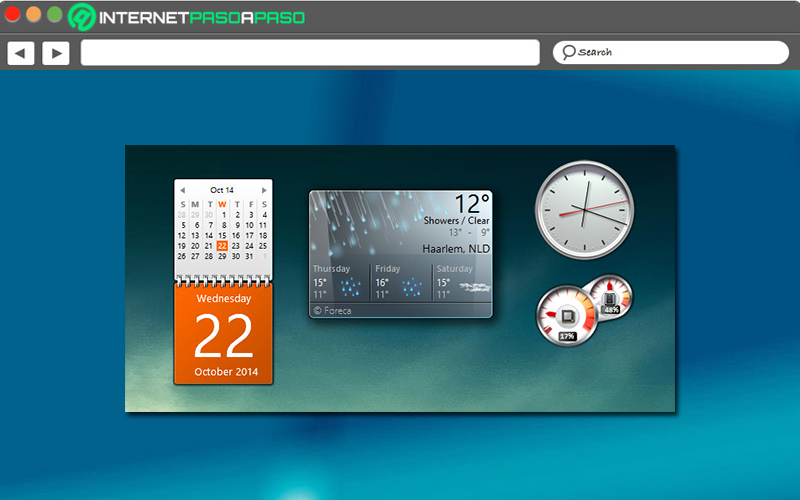 To customize the look of the Windows 8 desktop, you can also choose to include gadgets . Whereas, if you wish, you can add these elements from Windows 7, without any limitation. Thus, you will be able to see the calendar, the time, the hour and much more interesting data, from your desktop.

Here are the proper steps to add gadgets: 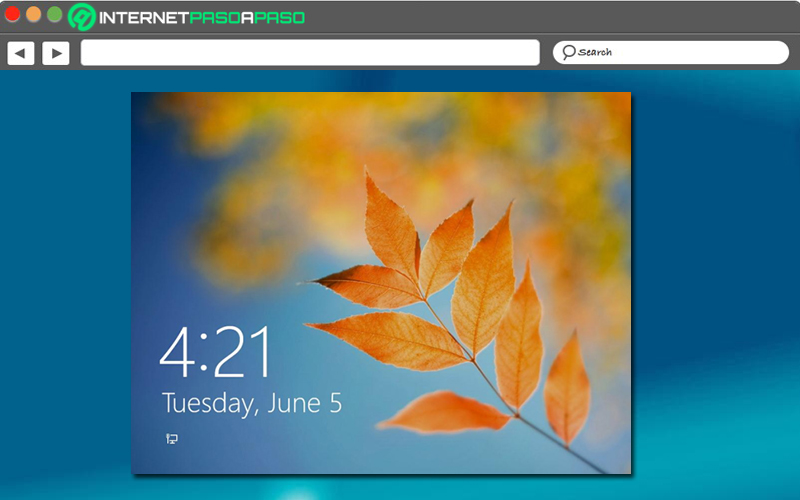 Also, when it comes to customizing the desktop of your W8, it is considered valuable to improve the appearance of the lock screen of your computer.

To do this, it is necessary to perform the following detailed steps: 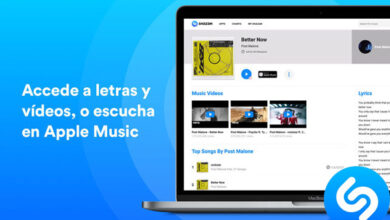 What are the best applications that you can not stop having in your windows 8? List 2021 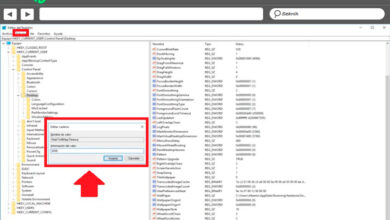 How to shut down or shut down windows pc properly? Step by step guide 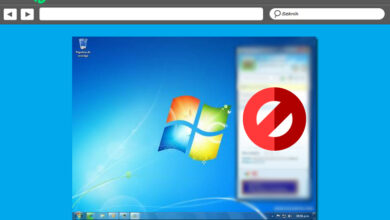 How to silence all program notifications in windows 7 from scratch? Step by step guide 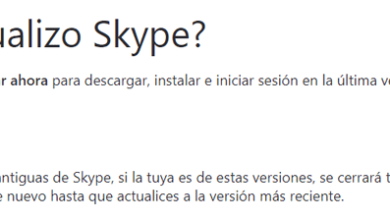 How to sign in to skype in spanish, easy and fast? Step by step guide 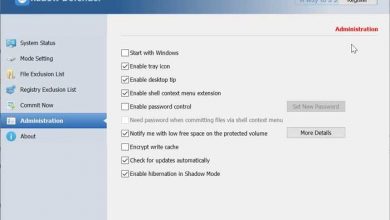 Protect your pc against unwanted changes with shadow defender 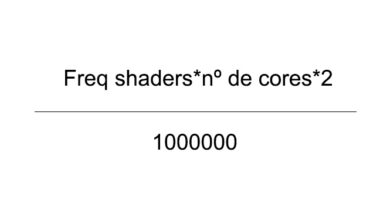