It seems incredible the sequence of ups and downs that Microsoft operating systems have had. In the case of Windows 7 it meant a resurgence after the little acceptance that its predecessor had. Such was the difference, that within hours of launch, W7 reservations exceeded the numbers that Vista cannot get in 17 weeks .

Due to the acceptance that the users made of this OS, it is considered “the new XP” that supposed at the time the resistance to the change. A problem that Microsoft has decided to fight hard.

We say this because in 2019 Bill Gates’ company announced the end of support for Windows Seven . He announced that it came to fruition only in mid-January 2020.

As we mentioned at the beginning of the text, this version far exceeded the sales of its predecessor. But this was not left to chance, much less to the whim of the public. Here are the reasons for such success: 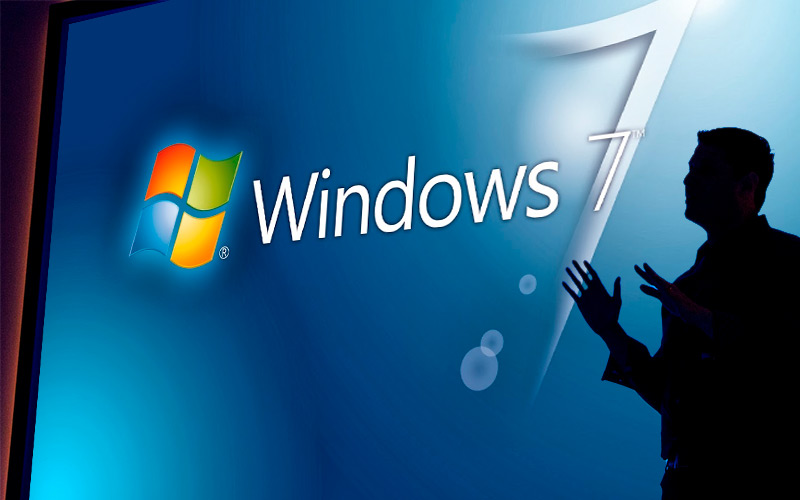 The operating system could be used extensively for hours (in its latest versions) without crashing. In addition, it ran more agile, even on outdated computers that already had Windows Vista.

The system analyzed the installed components (or in the case of peripherals) and automatically searched for and installed the necessary drivers for their use . To a greater or lesser extent depending on each device.

Although Vista produced a resounding change in the interface, the developers of Windows 7 believed (correctly) the no need for sidebars with the calendar and time in the form of an analog clock.

In W7 it was allowed to anchor programs to the bar, group windows and preview them just by pressing the cursor.

Internet Explorer 8 and Windows Media Player 12 came by default with the Operating System. In addition, improvements were made to Paint, WordPad, among others.

A contextual menu that was displayed by pressing the left button on a program in the taskbar. It offered a list of options that competed with the indicated application. For example, show the most visited sites in Internet Explorer.

Visualizing the available networks was possible in a simple way. By clicking on the networks icon, all available wireless connections were shown . In addition, it allowed linking to them through a few steps. This option was visible as long as the computer had a Wi-Fi card.

Windows Vista had constant compatibility problems with programs and services offered in Windows XP. To solve this problem, Microsoft incorporated XP Mode in 7. With this tool, the system pretended to be working with him . This was one of the main reasons users overlooked Vista.

A button and a function that many of us overlook. It was introduced by Windows 7. This is the little box at the far right of the taskbar. We know that when we press it we will go to the desktop and all the windows will be minimized. In addition, by placing the cursor on this button we can take a look, removing it from the site will return to normal.

With this tool, the OS automatically gave us the steps to create a shared internal network connection. The devices within it created a giant library of shared files, as well as the use of a single printer for all the computers involved .

With this tool, the operating system could display more details about the devices connected to the PC. Manufacturers could also customize the way some items were displayed.

It wasn’t just a name change for “My Documents.” But it also added a more consistent and efficient way to sort files . Also adding the possibility of creating libraries that group elements from different disks and even from other computers in the Home Group.

Greater consumption efficiency than previous versions. In addition, the system turned on, off and suspended more quickly . In the case of laptops this was a great advantage, as it also extended the life of the batteries.

It consisted of the possibility of playing multimedia content on another device within the network. Even on a connected TV.

An external controller of the computer over the Internet. With this tool you could have remote access to the PC. In order to use it, both devices had to have Windows 7 installed.

One of the best APIs released by Microsoft. It made multimedia tasks in games and videos much easier.

It incorporated the already known touch screen system the possibility of simultaneously touching at different points on the display. It opened the doors to a way that we still use today. Can you imagine a mobile without this ability?

In addition to doing it on the internal drives of the computer, it did it on the shared folders within the Home network.

Considering the vulnerabilities presented by sight, the improvement in Windows Defender and BitLocker were considerable.

Goodbye to Microsoft’s support for Windows 7 Is it still convenient to use this operating system? 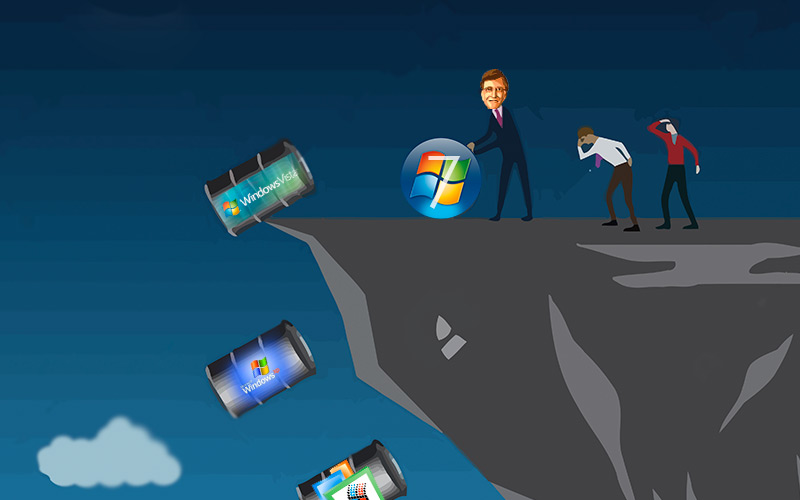 The main reason Microsoft has let go of Windows 7 is primarily business. The maintenance of this system entails expenses in personnel, development and servers that the company has decided to direct to its most current products such as Windows 10 .

The answer to the question in the title is simple: no way . The operating systems that they have stopped supporting become vulnerable to all kinds of attacks . With that said, we can break down a few issues.

It doesn’t matter which version you use. As of January 14, 2020 it is no longer supported .

In the event that the security of your data and files, as well as the life of the computer are not among your concerns. We can tell you that you can continue using W7 as normal. The only problem you will have is that little by little the applications will also stop having a support service. So it is likely that they will stop working on your computer.

If you own a Windows 7 Pro or Entrerprice license, Microsoft is about to offer an extension of the updates until 2023. The bad news is that you must certify the originality of the product and pay a sum of money that has not yet been specified. company.

Another negative is that the time when updating your system to Windows 10 for free was possible has expired . It ended on July 29, 2016 . Although you can do it by following the steps in this post .

If you use machines or electronic devices that only run on Windows 7, we are facing a complex situation. The first alternative is to ask the manufacturer for updated drivers for newer systems. The second is to try the “troubleshoot compatibility” tool available in Windows 8, 8.1 and 10. And finally, use a “virtual machine” . It is a tool capable of emulating a physical computer within an operating system. That is, you can have a Windows 7 PC on your computer that runs Windows 10. However, it carries some privacy risks.

You can always consider acquiring a Windows 10 license. In official stores, this software does not go below two hundred dollars. However, you can legally buy it for a substantially cheaper price. Sites like Kinguin or G2Play offer original activation keys for thirty dollars.

Take advantage and update your computer. If it is within your means, this is a good opportunity to change machines . If you have been using Windows 7 for a long time, your PC is probably somewhat out of date with respect to the components. In many stores, desktops and laptops include Windows 10 as an operating system already installed and activated.

The last option and to finish the post, is to wait for the source code to be released . While it sounds wonderful, it has never happened with an OS since the company’s inception. However, by way of color data, the Free Software Foundation sent an empty hard drive to Microsoft in February. The goal is for them to copy the source code of Windows 7. This request is accompanied by the support of thousands of people who have demonstrated it on social networks.

And although it is a very remote possibility, it must be remembered that the company has already released software such as the Calculator or Windows Terminal . 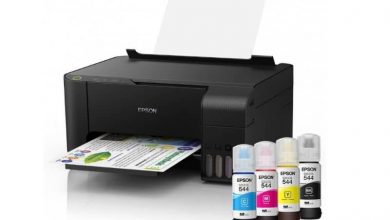 How to identify if a printer cartridge is genuine or fake 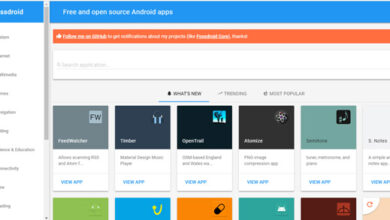 File extension apk what are and how to open this type of file? 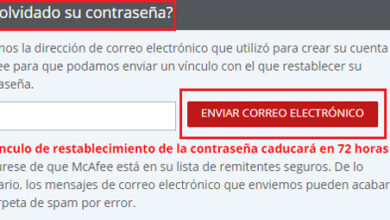 How to login to mcafee antivirus in spanish quickly and easily? Step by step guide 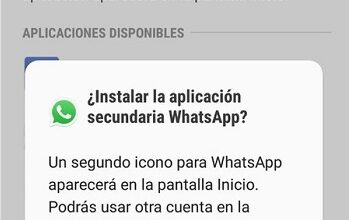 How to change your phone number in whatsapp fast and easy? Step by step guide 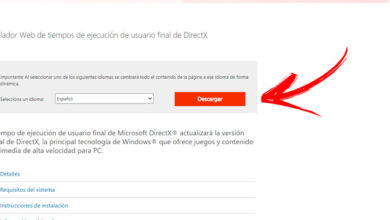 How to update directx to the latest version available in windows 7? Step by step guide 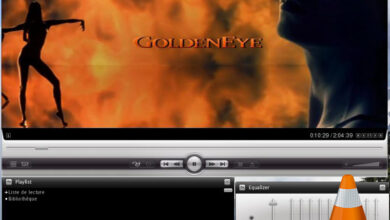 How to play blu-ray discs and movies on windows and mac computer? Step by step guide