Bluetooth is part of the wireless personal area networks ( WPAN ), the purpose of which is to promote the transmission of data and voice from different devices through a radio frequency link in the 2.4 GHZ ISM band. This has made this tool one of the best alternatives when carrying out an Arduino project .

Generally, devices that incorporate this technology have the ability to communicate with each other when they are within range . These communications are executed by radio frequency so that the devices do not have to be aligned, they can even be in separate places as long as they are within the range of the connection.

In this way, this technology has been used by electronics and programmers to use it in different projects with Arduino, since this allows increasing the possibilities when wanting that project carry out some type of activity in the physical world. Here we are going to show you how you can connect your Arduino project by Bluetooth to synchronize it with other devices, for this, follow in detail everything that we will teach you next in the post.

What are the benefits of using Bluetooth connections with Arduino?

Without a doubt, being able to use this type of connections in your Arduino projects will provide you with certain benefits, mainly because it offers you many more possibilities when creating and programming .

This is how here we are going to show you what are the main benefits that all this brings you:

Bluetooth connection modules Which are the best that we can use?

One of the advantages of being able to work with Arduino is that it offers the possibility of creating connections with other devices without cables, for this it offers the possibility of doing it through Bluetooth modules, this will allow you to incorporate them in each of your projects electronics and robotics and thus achieve better results. This is how then we are going to show you which are the best Bluetooth connection modules   that you can start using on the Arduino platform. 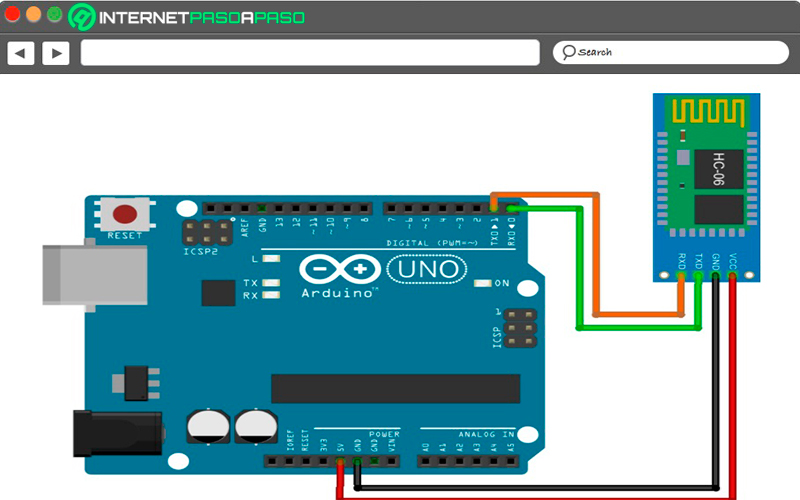 Both are Bluetooth modules that can be used to communicate different Arduino projects with this wireless connection, in fact they are the two most used modules for this type of activity. Currently, most users think that this type of connection is an outdated technology, but the truth of all this is that through it a host of very important activities and actions can be developed.

It must be taken into account that in the case of the HC-06 module it behaves as a slave, that is, it constantly waits for connection requests. Therefore, if any device is connected, the HC-06 module transmits to it all the data it receives from the Arduino and vice versa . When you physically see the HC-06 module, you can tell that it is quite similar to the others available on the market. 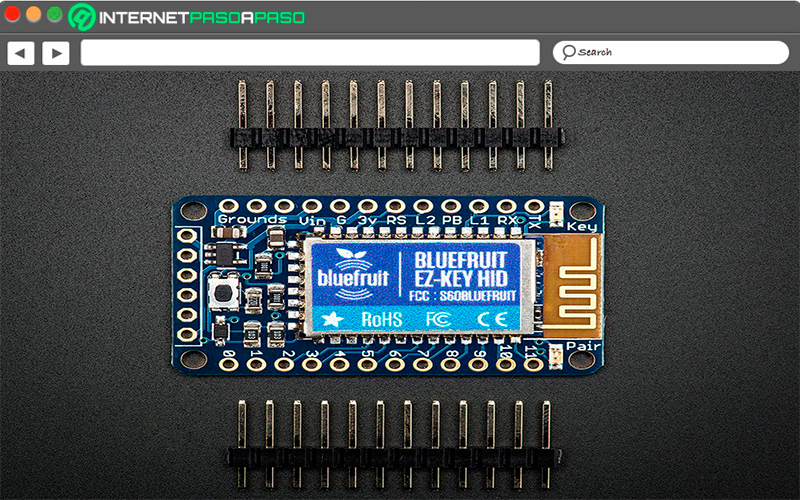 Bluefruit EZ-Key is used to create what are wireless keyboard controllers , this is how this module is considered fast enough and easy to handle. So this Bluetooth controller works great with any BT-compatible device, be it Mac, Linux, Windows, Android, or iOS.

It also has a total of 12 input pins, pressing one of its buttons will automatically send a keystroke to the computer . In this way, Bluefruit EZ-Key has become an ideal option for all those Arduino projects where you need a keyboard.

Bearing in mind all the aforementioned in the post, the next thing will be to learn how to connect your Arduino project with Bluetooth and synchronize it with other devices, this will allow you to load your programs to your board without the need to use cables or connectors for it . This type of technology is ideal for those programs where the Arduino is required to be far from your reach or must be operated with a control or mobile device .

In accordance with all this, below we will show you how to carry out this procedure in an easy and fast way:

For this procedure, the HC-05 Bluetooth module will be used , since this module is sold with a PCB that offers the “Status” pin , it is a pin that allows it to be configured to change to a low state when the connection is opened. to the Bluetooth serial port, which provides that the reset is activated and thus start the operation of the arduino bootloader .

In accordance with this, here are the materials that you will need to have to carry out this procedure:

You must bear in mind that before this module begins to function as an Arduino programmer, you must configure it so that it behaves as you want.

For this it is important that the HC-05 has the following adjusted parameters:

Commands to configure the HC-05 module

It is also important that you take into account a series of very important commands to configure in the HC-05, which we will show you below:

Now line by line you must do the following steps for its configuration:

Assembling the circuit for Arduino programming via Bluetooth

In this case, the connections should be as seen in the following image: 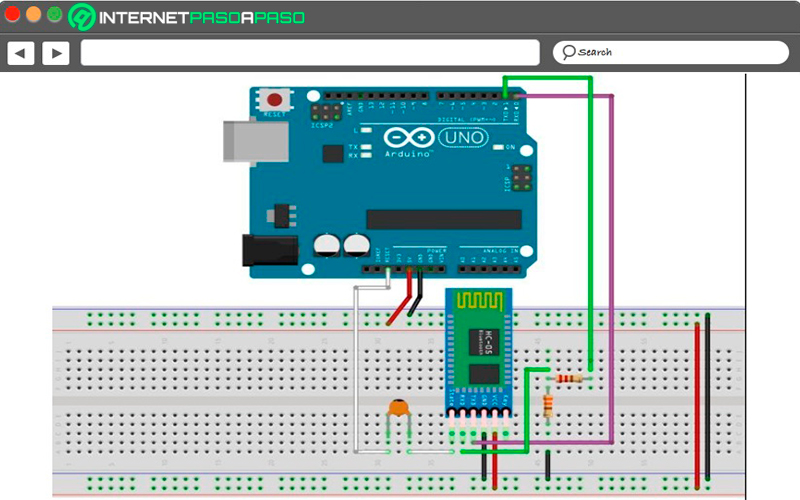 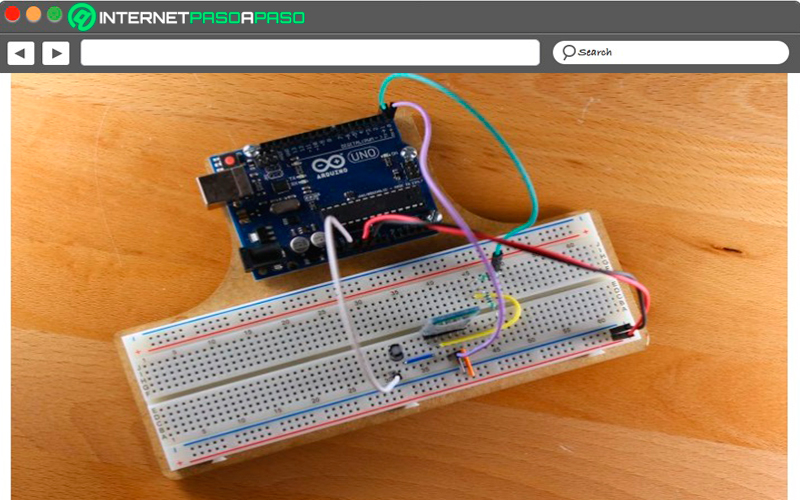 When you have the module configured and the circuit assembled, the next thing will be to wirelessly program the Arduino via Bluetooth . At this point it will be assumed that the HC-05 module has already been paired with the computer .

So you will have to carry out the pairing process and in the same way there is a serial port over Bluetooth where it is shown correctly in the device manager. The procedure to be able to pair a Bluetooth device will vary depending on the operating system. You should also check the Windows device manager.

There the virtual serial ports must be correctly displayed as can be seen in the image that we present below: 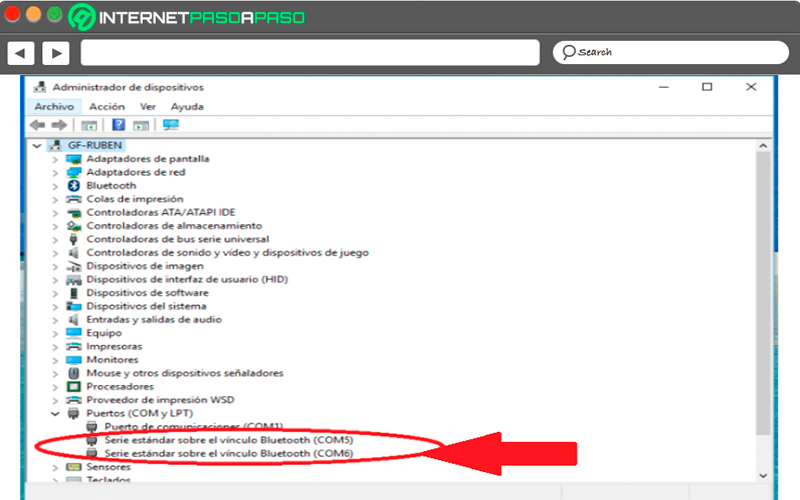 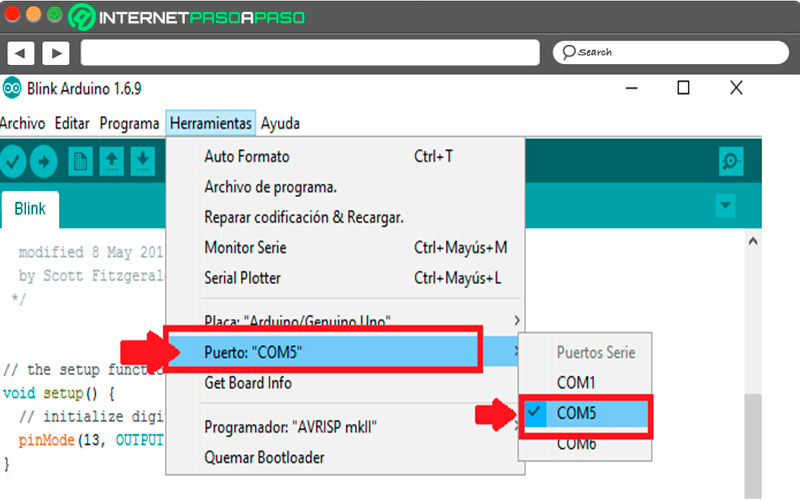 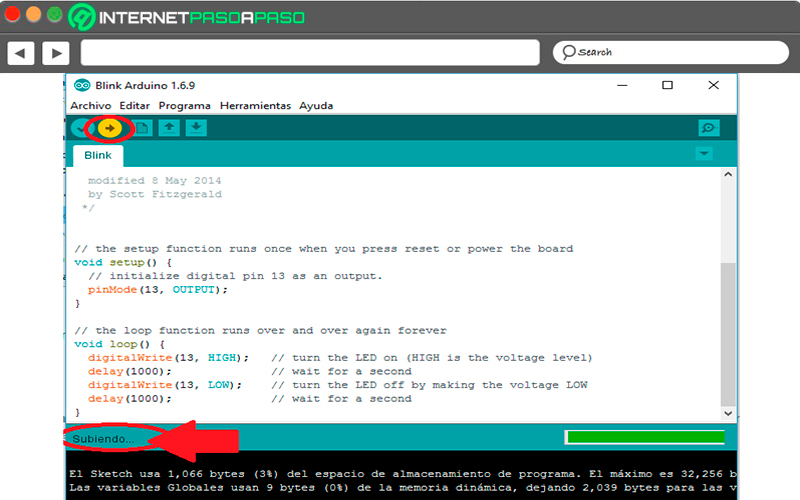 The upload of the program should proceed normally until the execution of the code loaded on the Arduino begins . Now, if an error arises, it may be because a bad signal has been connected or that the polarity of the state pin was not done correctly in the configuration .

If for some reason the sketch cannot be recorded on the Arduino, then it will be necessary to experiment with the value of the capacitor, a very good idea for this is to increase its value until ensuring that the Arduino is reset correctly when opening the serial port on Bluetooth, in this case the recommended values ​​are 100 nF to 1 uF .

As has been mentioned, Bluetooth connections have become one of the best tools when carrying out certain types of Arduino projects, especially those that we want to manage or control from a distance . That is why here we are going to show you the best Arduino projects with a wireless connection that you can do on your own. 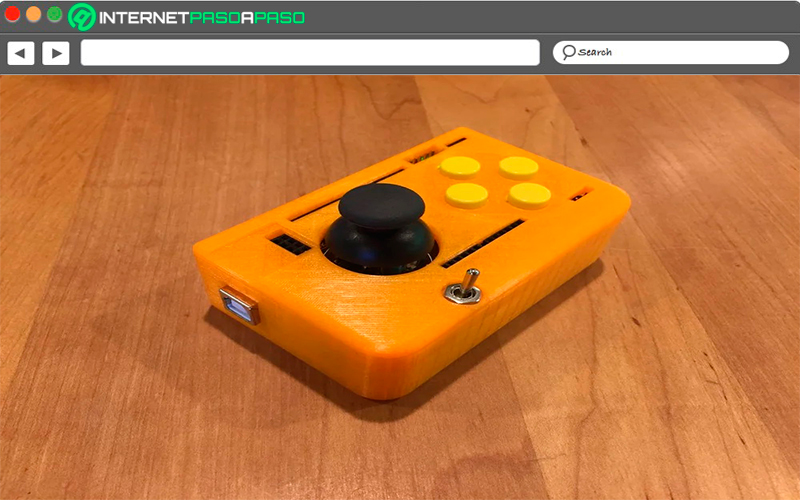 Surely your control of the television or sound equipment has been damaged and now you have no way to control it, for this you can start creating a universal remote by combining Arduino technologies with that of the wireless connection. This is how this project can be created through a Bluetooth or USB connection, for this you simply have to have a 3D printer and print the case, add the buttons and a joystick  and voila, you can start to have control again. 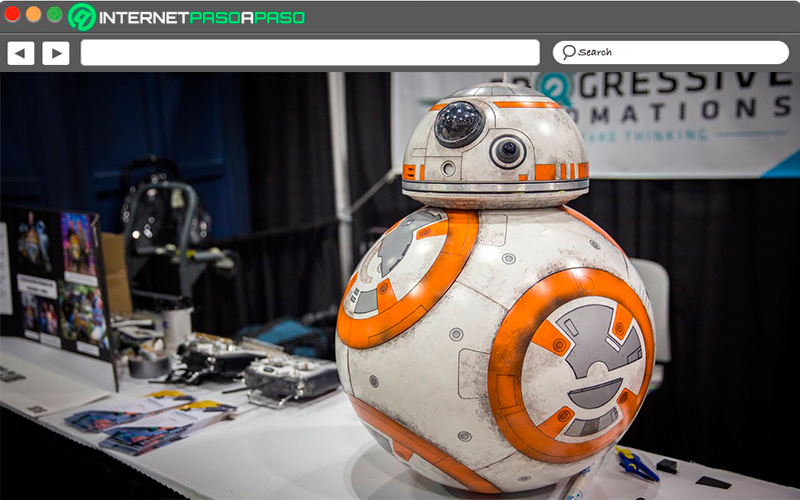 This project has been considered one of the most popular in robotics, it consists of using simple roll-on deodorants for what will be the base of the BB8, as well as other recycled materials that you will surely have at home.

For its operation, it will be necessary to have an Arduino board and Bluetooth connectivity, so you have the luxury of being able to control it from your own smartphone . Without a doubt, it has become a very motivating project due to all the use that can be made of recyclable materials that can be had at home without giving it any type of use. 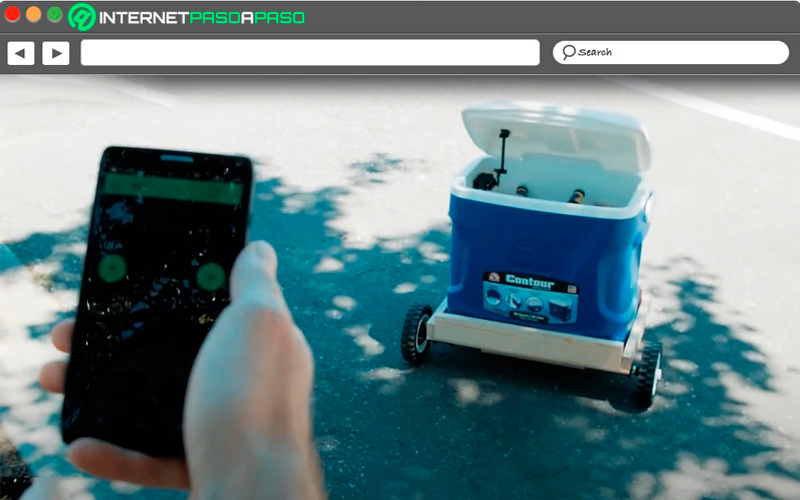 If you are one of the people who has a rolling refrigerator to use for field trips or for your trips and thus be able to load your drinks and other food, then you can start to give it life so that she can walk by herself wherever she wants that you go, this will avoid having to be charging it on your own. 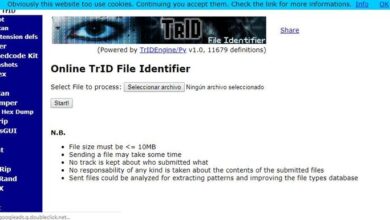 How to open a file with unknown file extension? Step by step guide 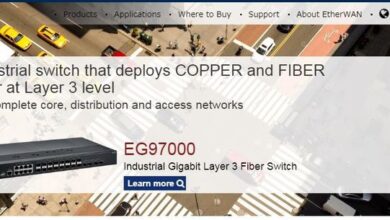 How to install to wireless network card to have wifi in desktop computer? Step by step guide 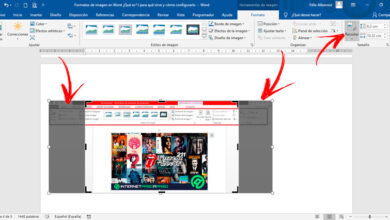 Image formats in microsoft word what is it, what is it for and how to configure it? 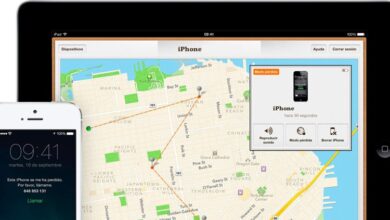 How to disable the “find my iphone” activation lock? Step by step guide 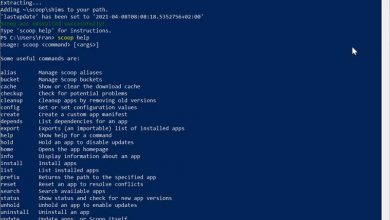 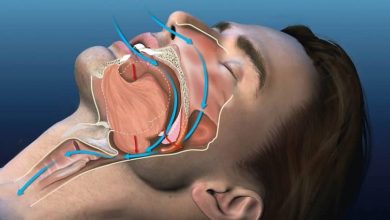 How the Snoring Relief Band works