Windows Vista, and later Windows 7, brought the classic desktop gadgets, small applications that allowed us to customize the appearance of the desktop. Here we find a useful calendar, a performance monitor, and even a puzzle. These were some of the many gadgets available that we could download and activate on our desktop. However, the customization possibilities were very limited. And, in addition, in Windows 10 these gadgets no longer exist, something that many miss in these times. Luckily, there are much better applications to personalize our desktop and give it a unique and personal look. It is worth mentioning that one of the most complete and advanced is Rainmeter.

Keep in mind that the current Windows 10 has a good number of built-in functions that allow us to customize the operating system. With this, what we really achieve is to be able to work with a software that adapts much better to our personal needs. We spend many hours sitting in front of the Windows 10 PC, so having a system adapted to what we need will be much better. And we not only talk about features that refer to the functional section of Windows, but also everything related to its external appearance.

But as is usual in these cases, some users want to go one step further, and in these customization tasks, it was not going to be less. That is why at the moment we have a good number of third-party programs that help us in these tasks. This is precisely the case that we are going to present to you along these lines, Rainmeter .

Advantages of Rainmeter when customizing Windows

To start with, Rainmeter is a free and open source program designed to take Windows customization to the extreme. This program is based on the concept of «skins». Each user can choose the elements they want to place on their desktop, where to place them and even change the appearance of each of these skins, depending on what they want it to show.

In case you don’t know, a skin, or skin, are each of the elements that we can use to customize our desktop with this program. Each skin has a specific purpose, and it would be the equivalent of old Windows gadgets, or the Android or iOS widgets that we talked about before. In addition to the most basic skins, there are also other much more complete applications, and even suites that allow us to apply a complete customization layer to our desktop. 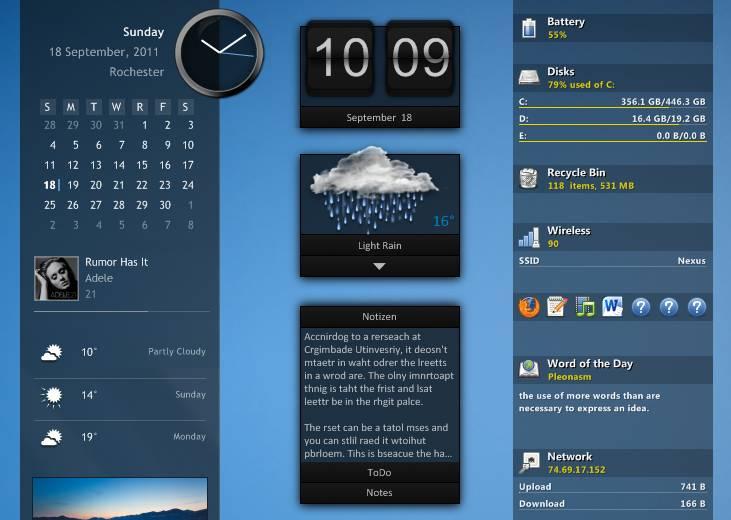 These skins can interact with others, and their most basic operation is to read the computer’s sensors (for example, to see performance) or get information from web pages (to show the time, for example). They can have fixed text (a title, for example) and variable text . 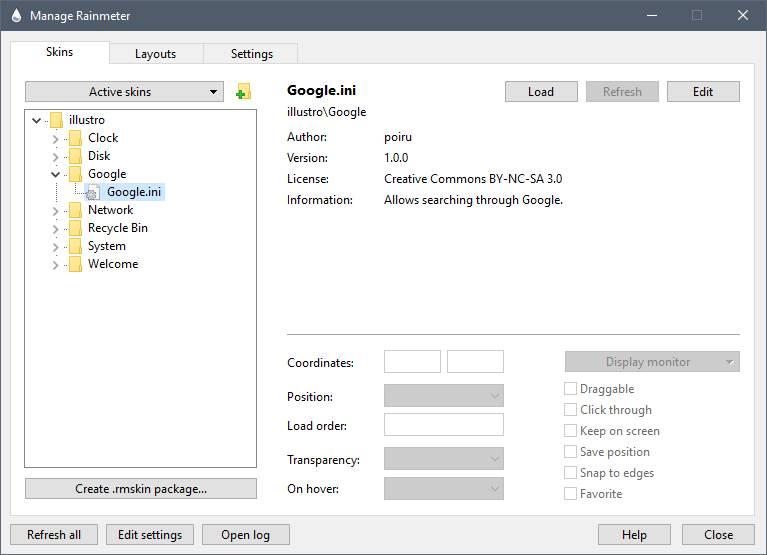 How to configure Rainmeter to customize Windows

Any user can create their own skins to personalize their desktop if they wish. But for this you have to have time and some programming knowledge, so not everyone can do it well. Luckily, behind Rainmeter there is a huge community of users who share skins of all kinds to be able to customize the desktop without difficulty.

Of course, it is not a program that just needs to run a file once and get it ready. Although using it is relatively simple, it is necessary to dedicate time to it, even if we download the Internet skins, to be able to adjust them to our screen and customize the operation according to our tastes. And it is that not everyone is willing to do it, there are people who are looking for simpler and more affordable applications for personalization. 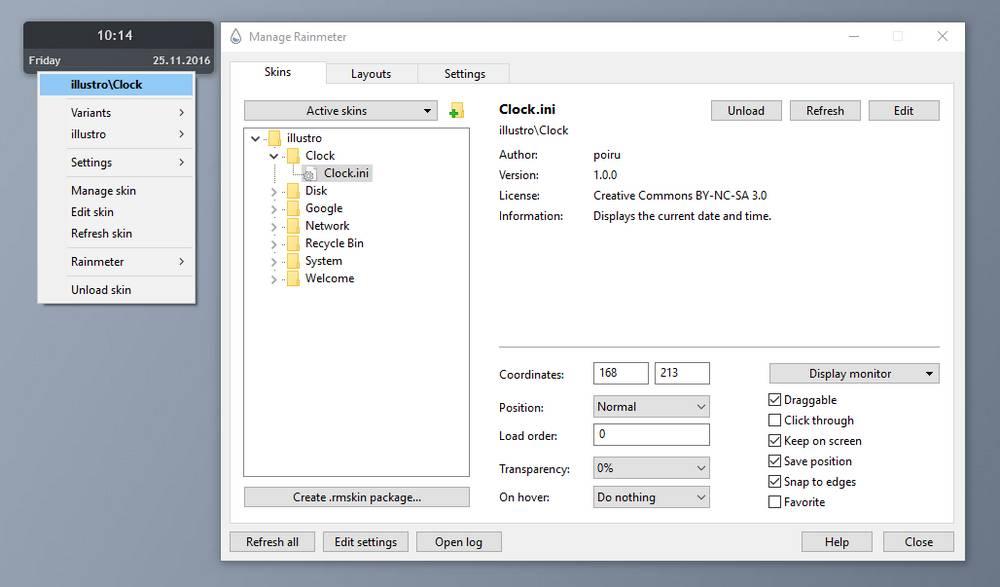 Also, many users mistake it for a program to change the appearance of Windows. It is not. This program is only responsible for placing gadgets on our desktop, but it does not modify the appearance of the taskbar, the start button, the desktop icons, the file explorer or any other component integrated into Windows. It is also not a window manager, not a file explorer, nor does it replace Windows programs and files. This is something important and that we must have very present.

Rainmeter is just a program that creates an “invisible virtual space” above the desktop on which to place the gadgets, or skins, that we want to customize the desktop.

Take advantage of the program based on skins

This program is only available for Windows, and it works from 7 to the latest version of Windows 10. However, although there are some programs that try to impersonate the versions of macOS and Linux, they don’t actually exist. Rainmeter is an exclusive program for Windows. Free, open source and, in addition, that we can install or run in a portable way.

As we have said, there is one of the best communities working behind this project. Therefore, it is possible to find Rainmeter skins and other content to customize the Windows desktop on many web pages. And all of them completely free. 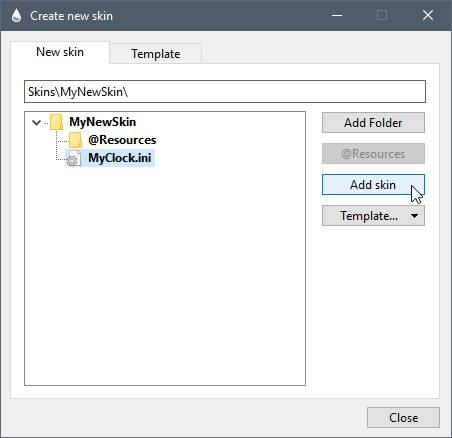 Some of the best places on the Internet to download these skins are the following: 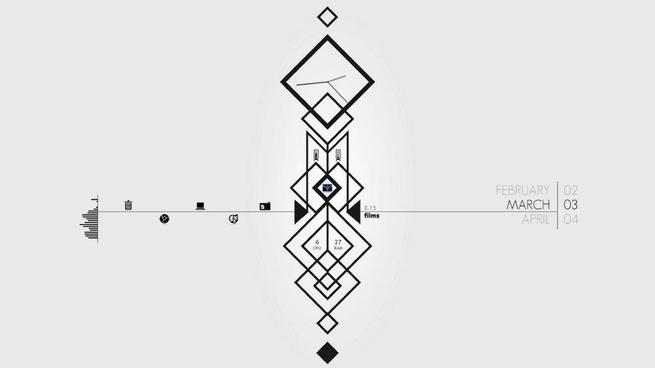 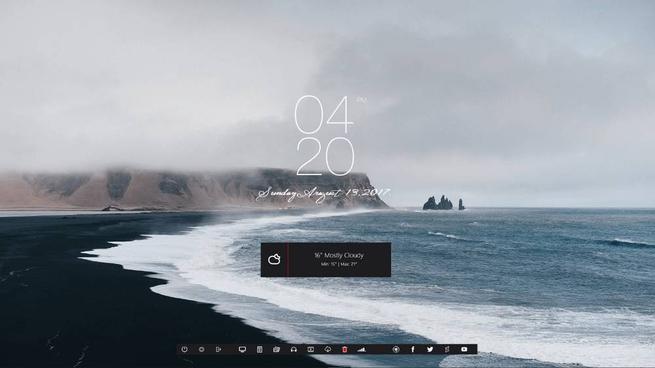 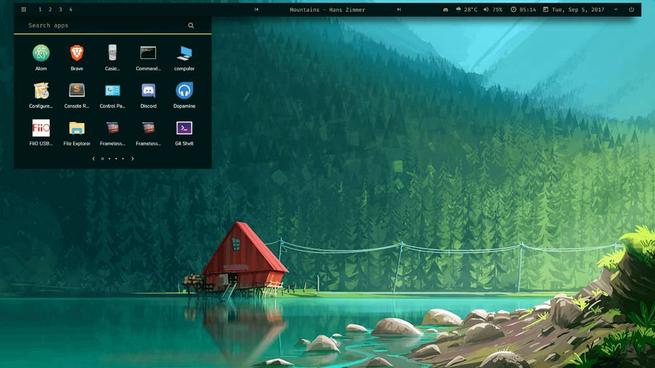 Types of uses for which Rainmeter is directed

After the demise of Windows 7 gadgets , Rainmeter opened a new door to customizing the Windows desktop. As we have said, this program only serves to place small applications on the desktop, and does not modify any other aspect of the operating system. This guarantees that we will not have problems when using the computer, or crashes or failures when updating Windows.

However, even though it has been designed to be a simple program, it is actually a complicated piece of software. It has many menus, sections and configuration options that we can modify at will. Although its difficulty is not based on complexity, it is based on the fact that it is a program to which you have to dedicate time. And a bad configuration of a skin can spoil all the organization of the rest of the elements of our desktop.

Finally, indicate that all skins consume memory, processor and battery. Especially things that run in real time. The higher the number of items on the desktop, the slower the PC can go. And this can be a problem if, for example, we are going to run very heavy applications or games.

In addition to Rainmeter, there are other similar programs that can serve as alternatives to customize our desktop and adapt Windows to our tastes and needs.

One of the most complete programs to customize the Windows 10 desktop is Samurize. This program has an infinite number of options more than Rainmeter, and it increases its difficulty. But, on many occasions, it offers us more options. We can download all of this from this link .

Sidebar Diagnostics, on the other hand, is an OpenSource program that allows us to enable an information bar to the right of the screen from which we can control the performance of the PC and the state of the hardware at all times. To get hold of this application, we can also download it free of charge from here .

And finally, if we miss the classic gadgets of Windows 7, we cannot forget about Desktop gadgets and sidebar for Windows 10. This program allows us to use Windows gadgets in Windows 10 as they were used in Vista and Windows 7 To be able to test it first hand and see all its virtues, it is something that we achieved from this link .

We can download this program at no cost from its website . We can choose between downloading the latest stable version, which has fewer bugs but is somewhat more backward, or the latest beta, more advanced, with new features, but which may have a bug yet to be fixed. We, pro stability, recommend the stable version.

When we download the program we will download an installer . When executing it, it will give us the choice between installing it in Windows like any other program, or executing it in a portable way. 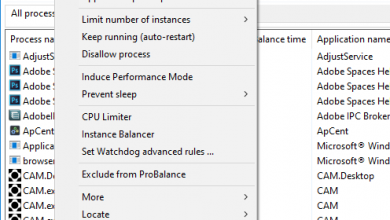 How to create new user accounts in windows 8 easily and quickly? Step by step guide 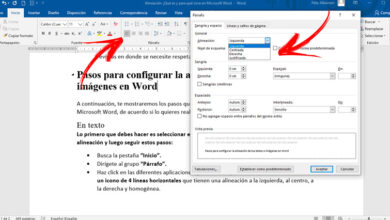 Alignment what is it and what is it for in microsoft word and how can we do it correctly? 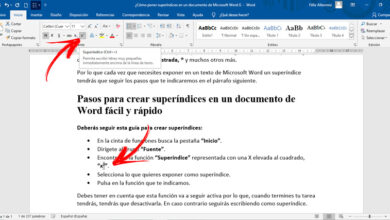 How to put superscripts in a microsoft word document? Step by step guide 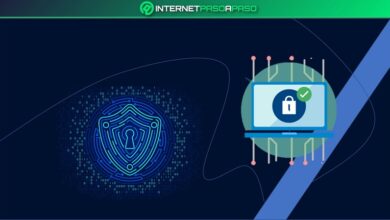 Principles of protection of personnel data what arey, what area, for and which are the most important that you should know? 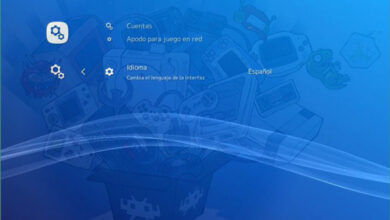 What are the best console emulators for windows pc, mac and linux? List 2021