The Arduino platform has become the right hand of most electronics and programmers when they want to develop different types of projects that allow doing some work in the real world. This is how this platform allows you to control any variable, process and phenomenon in the world, which means that it offers a large number of possibilities when working there.

In order to get the most out of this electronic program, it is essential to be able to know its operation, for this we must know that it has 14 digital ports that can function as inputs or outputs, in this case the digital outputs are those that allow actions to be taken on the real world.

Taking into account that this component is essential for the development of the platform and to achieve the desired results in each of the projects worked there . Here we are going to show you what the digital outputs are , what they are for and how many of them each board contains, for this follow in detail everything that we are going to teach you next in the post.

What are the digital outputs of an Arduino and what are they for?

Before going directly into the concept of Arduino digital outputs, it is important to remember that a digital output is a binary signal, this means that it can vary only by two values, this is generally called – Vcc and + Vcc. With this clear, it can be said that digital outputs are those that allow a device to vary its voltage to one of these two values ​​through programming, therefore, they allow various actions to be carried out with the environment.

In the case of Arduino, in general, the voltages are –Vcc and + Vcc, these correspond to the values ​​of 0V and 5V, but keep in mind that some Arduino models work with 3.3V instead of 5V . These types of cases can be seen in Mini, Nano and boards that are based on ARM processors like Arduino Due .

As mentioned at the beginning of the post, all Arduino digital pins can work as digital outputs or inputs, in the case of outputs it is called I / O, Input and Output . It should be noted that the exact output number will depend on the model of the plate being used, so this is not a fixed number. Finally, it should be noted that digital outputs are responsible for allowing electronic projects to carry out work in the physical world.

How many digital outputs does an Arduino have, and what is each one for?

Keep in mind that the exact number of digital outputs of a board will depend mainly on the model of the board, in this case we are going to show you how many digital pins the different board models that you can currently find on the market have.

In the case of Arduino Uno you can find 14 digital pins that can act as digital inputs / outputs, where six of them can be used as PWM (pulse width modulation) outputs while another six as analog inputs. In this case the digital ports of the Arduino UNO go from PIN 0 to PIN 13 as shown in the following image.

If you want to use pins 0 and 1 as digital outputs or input it is important that you disconnect the circuit with which you are doing the program at that moment, since both pins are also used for communication with the computer, so it must be disconnected the circuit for which it can be programmed.

Finally, keep in mind that the output pins have been created to deliver voltage signals, not to supply current to a circuit. This means that the maximum current that a digital pin can supply is 40mA, enough to light an LED, so it will not be enough for something more advanced. In this way, the loads to be handled should not exceed 5V or consume more than 40mA .

What are the Arduino boards with more digital outputs that we can buy?

Currently there are many models of Arduino boards available around the world, each of them offers different characteristics so you can choose those that best suit your needs . In this case we are going to show you those boards with more digital outputs that you can buy on the market. 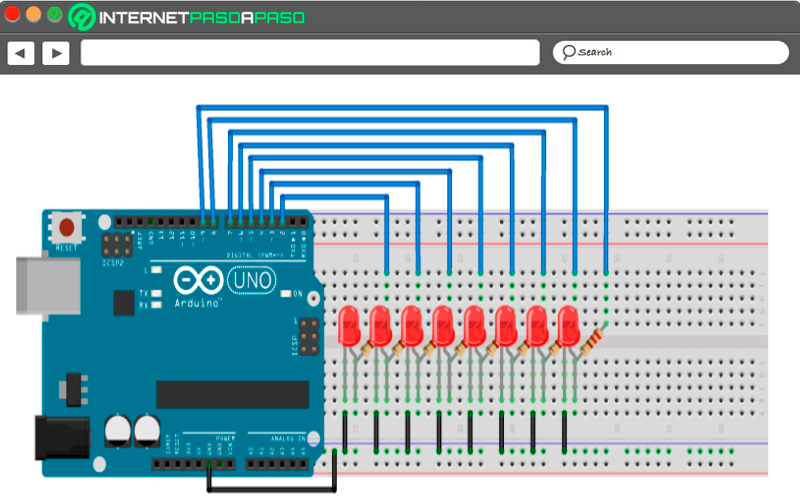 Being able to use an Arduino digital output for your projects is very easy, so you don’t need to be an expert on these platforms to achieve it.

In order to carry out the process of programming an output pin, it must be done from the “Void Setup” function and for this the following instruction will be used:

In the Digital Pin space it must be replaced by the Arduino pin that you want to configure as an output.

In this case you want to configure Pin 5 as the output pin of the board, then for this it will be necessary to access the Void Setup and there use the PinMODE instruction as follows:

There is also another way to program the digital output of the panel, for this you must declare a name for the PIN, in this case PIN 5, keep in mind that you can call it at the PIN you choose with the name you want.

This will also be done from void setup as follows:

As you can see, before SETUP, a variable of the type “Byte” has been declared in the declarations area, which is baptized as “Terminal_5” and has been assigned the value of 5, in this way that name can be used in any part of the program where you need to do something with the PIN 5 .

It is also possible that you get with “int” instead of “Byte” either variable works. However, when it comes to naming pins it is better to use Byte since it is capable of storing integer values ​​ranging from 0 to 255 .

Using the digital outputs on Arduino

When you have already configured the pins that you want to use as output, then the next thing to do is use the outputs, for this it is necessary to use a second function, which must be called within “Void loop”.

To do this you must do the following:

In this case, the output Pin variable must be replaced by the Arduino pin that you want to energize or de-energize . For this to be better understood, you must write to the digital output if you want it to turn on or off. Suppose you want to activate the Arduino’s digital output on Pin 5 with which you have been working.

For this, it is necessary to make use of the digitalWrite instruction within the Void loop using any of the following ways:

As you can see, you can use the 5 inside the function or you can also baptize the Pin and not use it, you can also see that the term HIGH which means to activate Arduino digital output, can be replaced by the number 1 that will indicate exactly the same.

Now if what you want is to deactivate PIN 5, then the procedure to be carried out is exactly the same as mentioned above, but now instead of placing HIGH you must place LOW and if you want you can replace it with the number 0 which means what Same, this will allow you to disable the board’s digital output .

Microsoft word clipboard what is it, what is it for and how to use it?

How to schedule computer shutdown and startup in macos? Step by step guide 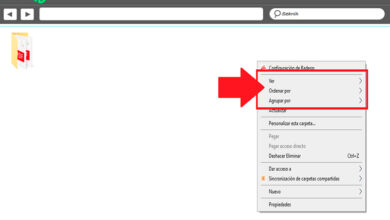 Windows 8 file scanner what is it, what is it forms and how to use it to find any document? 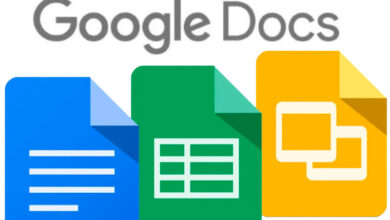 Microsoft excel what is it, what is it for and what are the alternatives? 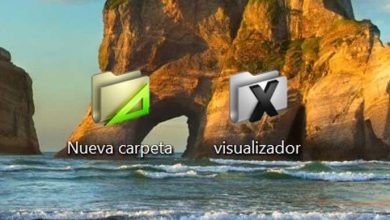 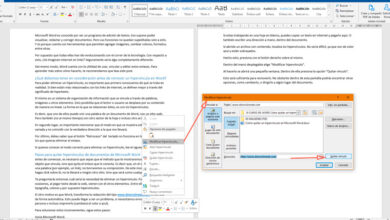 How to remove hyperlink in microsoft word? Step by step guide