The computer security has become something essential today. Whether we are home users or large companies, good security is essential if we do not want to have problems and fall into the clutches of hackers. There are many points through which hackers can compromise our security, from the operating system to the router. But without a doubt one of the weakest points in any connection is the Wi-Fi network.

Wireless networks have been a great revolution in connectivity. Thanks to them we can always be connected inside our house without having to carry a cable behind us. Computers, smartphones, tablets, televisions and all kinds of devices connect to the Internet through this technology.

However, Wi-Fi also hides a host of dangers . From the first moment we connect, we turn on the router, we are showing a path to our network to all the people who are nearby, whether they are known or unknown. In addition, protecting our Wi-Fi network does not depend only on using a good password, but there are also other techniques with which to connect to the network, such as through vulnerabilities or social engineering techniques.

Fortunately, there are several ethical hacking tools specially designed to allow us to measure the security level of our network and help us protect it from unauthorized users. Next, we are going to see some of the best we can find.

Aircrack-ng, one of the best known in the world of ethical hacking

One of the best known ethical hacking applications to audit the security of any Wi-Fi and try to get the password from it is Aircrack. This tool allows users to capture packets from any network that we have within reach, even without having to be connected to it.

This tool is capable of capturing and decrypting the WEP wireless passwords of any 802.11b WiFi network, capturing packets in a few minutes. In addition, the developers offer us a series of online tutorials that help us make the most of this excellent tool. 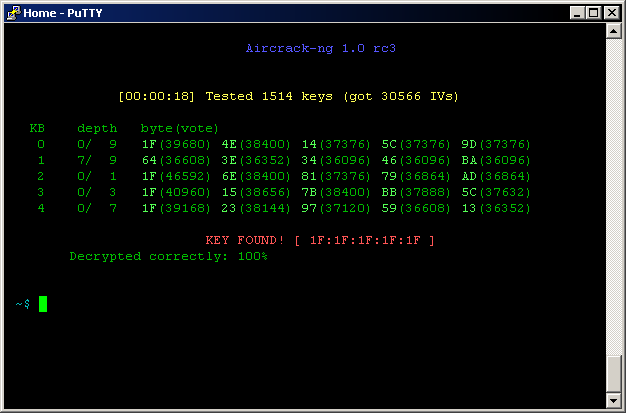 We can download Aircrackng from the following link . We can find it both in Ubuntu Live CD format, and in the form of an image to mount it in VMware.

This ethical hacking tool is, in a way, similar to the previous one, and is one of the best known by advanced Android users. WiFi WPS WPA Tester is capable of recovering lost and forgotten Wi-Fi passwords.

The main difference with Aircrack is that, while the former is responsible for capturing packets and decrypting the password, the latter uses dictionaries to find out. As the manufacturers have not used random algorithms to set the default passwords, in 13 attempts it is able to find out the password of the most popular models. 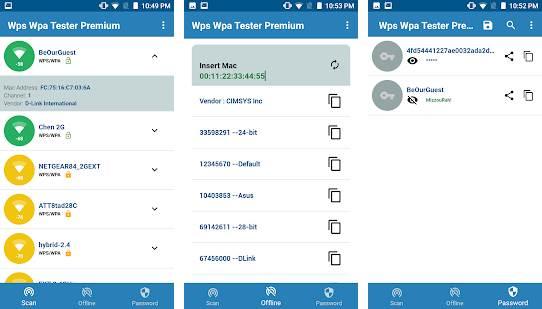 We can download this application for free from the following link .

Cain & Abel, essential to find out or recover passwords

Also known as Cain, this is one of the most powerful ethical hacking tools for recovering passwords on Windows. This tool is specialized in password recovery using sniffing techniques (capturing packets to see what is found), although it is also capable of cracking various password hashes using techniques such as cryptanalysis, brute force and dictionary attacks.

This tool is also capable of capturing and decrypting Wi-Fi passwords by analyzing the main protocols through which they travel. Surely we would never have imagined the amount of information and data that can be captured so easily with this tool, and after using Cain we surely reconsidered protecting our security. 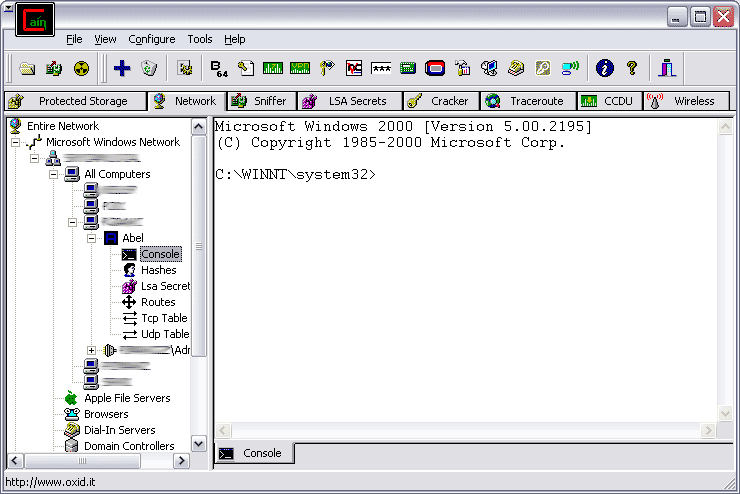 We can download Cain & Abel from the following link .

This ethical hacking tool is capable of capturing and analyzing packets within any network and, furthermore, detecting intruders that have been able to sneak into it without our permission.

Kismet is capable of working with any Wi-Fi card compatible with rfmon mode, and therefore it is capable of monitoring any network, even hidden ones, through the main wireless network protocols: 802.11a, 802.11b, 802.11g and 802.11 n. 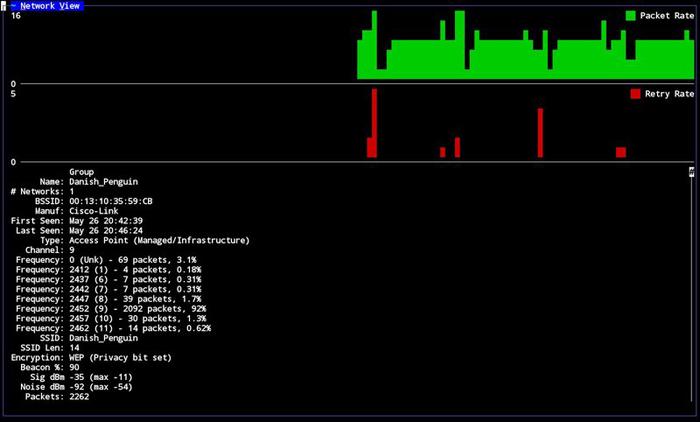 This tool is available for the main operating systems: Linux, Windows and BSD. And we can download it from the following link .

AirSnort, for those who are not looking for complications

Another tool to recover encrypted Wi-Fi passwords is AirSnort. This application is in charge of passively monitoring any Wi-Fi connection that we indicate to it and, when it has enough packets, it can recover the network encryption key in a few seconds.

Although roughly the operation may seem similar to that of Aircrack, the main difference with it is based on the interface, and is that its creators have made it so that any user can use it without problems and with little learning curve. 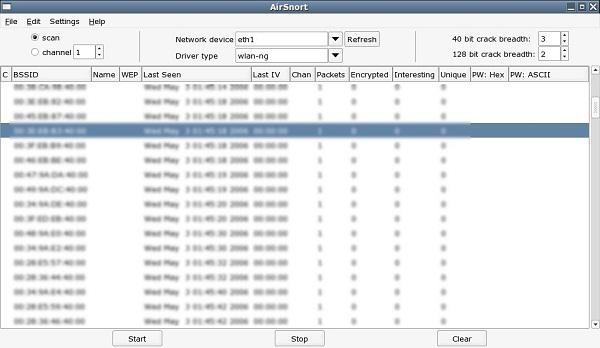 We can download AirSnort for free from the following link for Windows and Linux.

NetStumbler, one of the essentials for Windows

The main purpose of this application is to allow any user to locate open access points. Despite this, it has functions and tools designed to also allow us to locate badly configured networks or unauthorized access points within a network, among many other options. 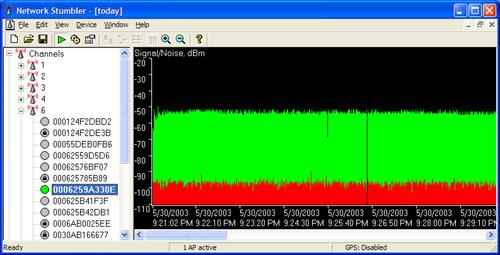 This tool is totally free and we can download it from the following link . In addition, it has an even more minimalist version, MiniStumbler, for Windows users.

Airjack, for users who want to go further

This tool is not only focused on breaking the keys of Wi-Fi networks, but it goes much further. The main purpose of Airjack is to inject packets into any Wi-Fi network to try to steal data, exploit vulnerabilities or gain access to one of the network’s resources, among other functions.

This tool is one of the best to check the security and protection of our Wi-Fi against the injection of false packets.

We can download it for free from the following link .

inSSIDer, so as not to miss a detail of the surrounding networks

This tool goes a bit beyond being a simple hacking tool, and we are dealing with one of the most complete wireless network scanners that we can find.

This has been designed to carry out all kinds of tasks, such as searching for open WiFi access points, monitoring the signal strength of all networks, saving records and also collecting data from wireless cards on the same network, among many other functions. 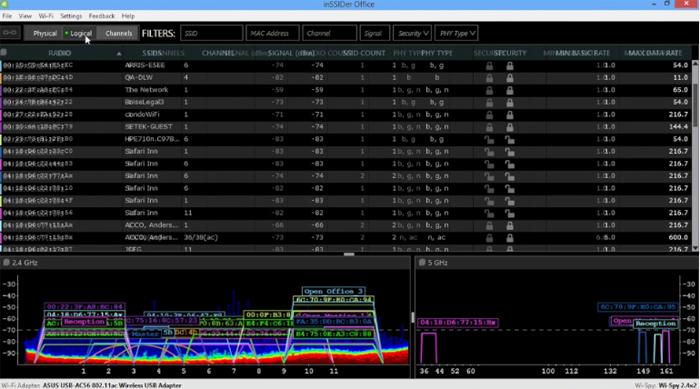 We can download this tool from the following link .

CoWPAtty, to be used from a Linux terminal

Within Linux we can find a wide variety of applications to audit the security of any Wi-Fi network, and one of the most used by ethical hackers is CoWPAtty.

This application runs mainly from the command line and relies mainly on the use of dictionaries and brute force to break the security of all types of Wi-Fi networks, both WEP and WPA.

We can download this tool for free from the following link .

This is another of the tools most used by ethical hackers within Linux ecosystems. As its name suggests, it is specially designed to attack Wi-Fi networks with WEB encryption through dictionary-based attacks. It is very useful to measure the security of our network and even to recover the password in case we have forgotten it. 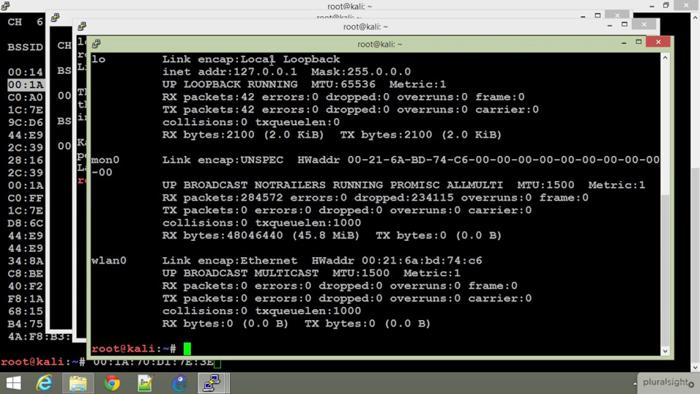 We can download this tool from the following link .

What is the best program to get a Wi-Fi key?

As we can see, we have a wide variety of options to choose from. Some are very automatic, but more limited and prone to errors, while others are much more complete, professional and, unfortunately, complicated if we do not have enough knowledge.

Aircrack-ng is the quintessential program for auditing Wi-Fi networks and obtaining their key. This tool has a perfect balance between simplicity and effectiveness. Even if we do not have much knowledge, we will be able to obtain the key to any Wi-Fi in more or less time. And if the default keys and simple encryption algorithms are used, much better. The problem is that, although we can use this program in Windows, if we want to take full advantage of it, we should do it from Linux. And in Linux it is easy to run into problems with the drivers.

Kali Linux is one of the best ethical hacking distros. This distro has a large number of hacking tools installed and configured by default, including Aircrack-ng. But this is not the most interesting. Its strong point, for amateur users, is that it brings the main graphics card drivers, and also configured to work in monitor mode. Therefore, we will have no problems getting started with Kali, fewer problems even than in Windows. 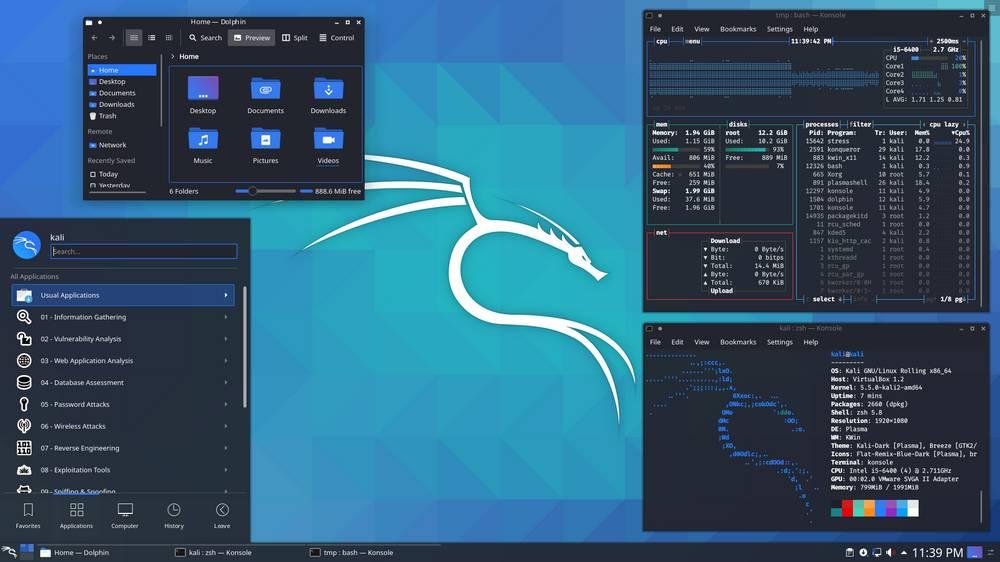 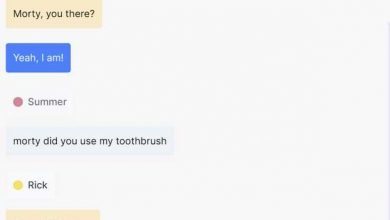 Zen, a secure and customizable imessage client for windows

How to uninstall applications on android fast and easy? Step by step guide 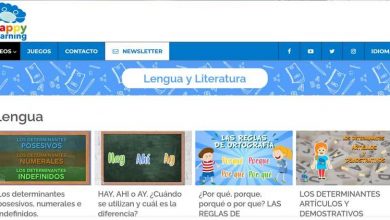 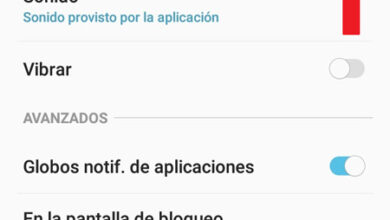 How to create and add to reminder in google calendar? Step by step guide 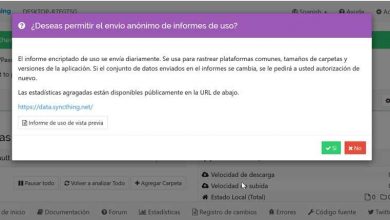 Synchronize your files via torrent network with syncthing 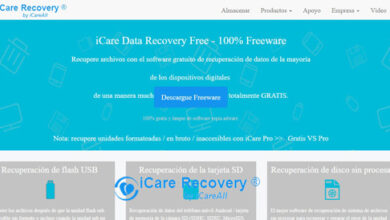 How to recover deleted text messages or sms on your android phone or iphone? Step by step guide